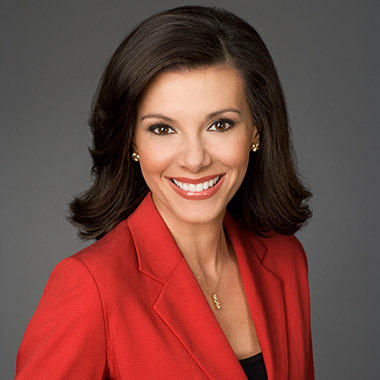 Kiran Chetry is a Nepal-born American television broadcast journalism anchor. She is known for working at CNN’s early morning program as a cable news anchor. Formerly, she also worked at Fox News.

Kiran was born on August 26, 1974, in Patan, Bagmati, Nepal.  She was born at Patan Hospital. When she was only seven months old, she with her family moved to the United States. Her first name Kiran means ray of light while her last name Chetry is a large traditional caste of rulers and soldiers of Nepal dynasty. She was born to her father Hom Chetry and mother Nancy. Her parents first met each other while Nancy was a Peace Corps Volunteer in Nepal. She was raised in Gaithersburg, Maryland.

She studied at Montgomery Blair High School in Silver Spring, Maryland. While she was in her school she competed on the swim team and also danced on the pom squad. She also attended University of Maryland College Park’s College of Journalism. She there achieved her Bachelor of Arts degree in broadcast journalism.

In 1995, she began her career working at News 21 in Rockville, Maryland. She then became the main anchor and health reporter at WICU-TV in Erie, Pennsylvania. While she was working there she met her future husband Chris Knowles. She then moved to KXTV in Sacramento, California from WICU-TV. She there worked as a morning anchor and reporter. She then as a general reporter joined Fox News Channel in 2001. On March 8, 2001, she first appeared with a story about eating ice cream. She also worked for Fox News Live as a rotating anchor. She became a regular co-host of Fox & Friends Weekend.

In early 2007, her contract with Fox news ended. She was negotiated to renew her contract by the network. She then signed with CNN. She officially started working as an anchor and correspondent at CNN on February 16, 2007. She worked on American Morning as a co-host and also with Anderson Cooper 360 as an anchor. She also as a substitute worked for Paula Zahn as an anchor. She was announced as the new co-anchor by CNN President Jonathan Klein on April 4, 2007. Along with Anderson Cooper, she served on CNN’s 2008 New Year’s Eve Live as the iParty correspondent. She the left CNN. Before leaving CNN, she with Errol Barnett worked as a co-anchor for CNN International in August 2014

She got married to a former Fox News Channel and New York City WPIX-TV weekend weatherman Chris Knowles. They are currently separated. She gave birth to her daughter named Maya Rose on February 8, 2006. She announced on October 24, 2007, that she was expecting another child from her husband Knowles. Her announcement became an exclusive interview which was published by People Magazine. On April 17, 2008, she gave birth to her son named Christopher Chetry Knowles.