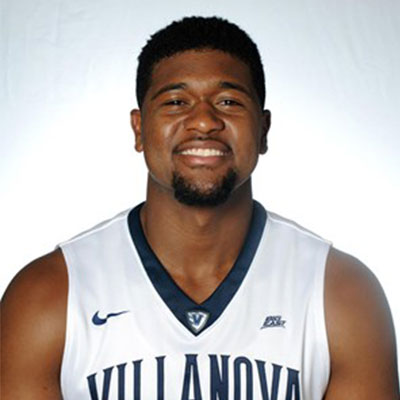 Kris Jenkins is an American basketball player who plays for the Yakima Sunkins of North American Premier Basketball as a Forward. Previously, he played college basketball for the Villanova Wildcats wearing a jersey number 2. Jenkins shot buzzer-beating three point and won the 2016 NCAA Championship game.

Accounting his personal life, Kris Jenkins is not married and is not dating any girlfriends or boyfriends and is living a single life. He has kept himself away from the love affairs. Read more to know his personal life, early life, career, education, net worth.

Kris Jenkins was born on November 20, 1993, in Columbia, South Carolina, to Kelvin Jenkins, father, and Felicia Jenkins, mother. He has two siblings Kaiya and Kelci Jenkins. Regarding his nationality, he is American and is of mixed descent.

As a youth, Jenkins was adopted by the Britt family in order to provide a better environment for his basketball career. He grew up along with two half-siblings Nate and Natalia Britt. Nate is also a basketball player. They were opponents in the 2016 NCAA Men’s Division I Basketball Championship Game.

Jenkins started playing basketball at his high school. He first enrolled Gonzaga College High School where he averaged 20.6 points with 10.4 rebounds per game as a junior. Likewise, as a senior Jenkins averaged 18.3 points with 10.3 rebounds for which he was given Boys Basketball All-Met Player of the Year.

Later on, Jenkins attended at the Villanova College where he played with its team Villanova  Wildcats. He led the team to NCAA Championship win over North Carolina by hitting game-winning three-point shot.

Kris Jenkins made his NBA debut in 2017 with the Washington Wizards. He played in the 2017 NBA Summer League. However, he was later picked by Sioux Falls Skyforce in the 2017 NBA G League Draft with the 14th pick. Jenkins played one season with the Sioux Falls and left it. More recently, he joined Yakima Sunkings of the North American Premier Basketball.

When it’s about the personal life of this basketball player, Jenkins has kept it under a low profile. Currently, he seems to be living a single life as there has not been any news or rumors regarding his relationship.

Neither he has got engaged in it. Besides, he barely shares his personal life on the social networking sites like Twitter and Instagram. Due to which it has made difficult to know detail about this private life.

It is hard to believe that, this handsome and talented player is living single. Currently, Kris Jenkins seems to be concentrating on his professions and might not want to share is private life to the media.

With the height of 6 feet 6 inch, Kris Jenkins makes a decent amount of money from his NBA career. Besides, he has also accumulated great money from his college career.

As of 2018, his net worth is under review but analyzing his works he appears to be making money in thousands of dollars.