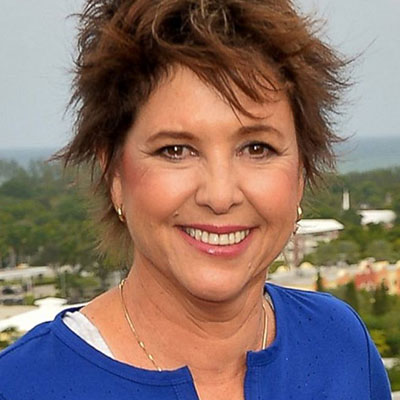 Kristy McNichol is an American actress and singer who is better known for portraying a role of Angel in the film Little Darlings and Polly in Only When I Laugh. She is also recognized for playing Barbara Weston on the sitcom, Empty Nest.

As of her personal life, Kristy McNichol is married to her long-term lesbian partner, Martie Allen. The couple has been together for more than 25 years and still, they share a happy life.

They both together have appeared in the commercials and series including The Bionic Woman, The Love Boat, and Love American Style.

The beautiful and talented, Kristy actively involved in the film industry since the year 1973. Her first on-screen role was in the television series, Love, American Style where she portrayed a role of Steffi.

The following year, she made appearances in the multiple television series comprising, Apple’s way, ABC Afterschool Special, Sara, Starsky & Hutch and so on.

McNichol’s role came to limelight after appearing in the television series, the Family portraying a role of Letitia “Buddy” Lawrence. For that role, she earned three nominations, Golden Globe, and two Prime Time Emmy Awards. Moreover, she also won two Emmy awards for the same role as a supporting actress in the Drama series.

In 1977, McNichol made a big screen debut in the film Black Sunday. However, her role was deleted during the process of editing. She then made an appearance in the film The End, My Old Man, Little Darlings subsequently.

McNichol also appeared in the 1981 film Only When I Laugh for which she earned a nomination of Golden Globe Awards for the best-supporting Actress.

The charismatic actress, Kristy McNichol describes herself as a lesbian. She is married to her longtime dated partner, Martie Allen. The couple started dating each other since the year 1991 but came to the spotlight after revealing about their relationship to the media in 2012.

The couple has been living together for 25 years and till date, they share a healthy relationship. The couple spends their most of time together. Apart from their relationship, none of them has involved in extra affairs and neither any news regarding their

Kristy has accumulated a decent amount of money from her acting career. Besides, her multiple awards have also helped to increase her income. Allocating information from several sources as of 2018, it is found out that Kristy McNichol current estimated net worth is around $7 million.

Despite being a popular 70’s, 80’s and 90’s actress, she has kept herself away from the social media. Due to which, it hardened to know about her current lifestyles including her house, cars,  salary, and so on.