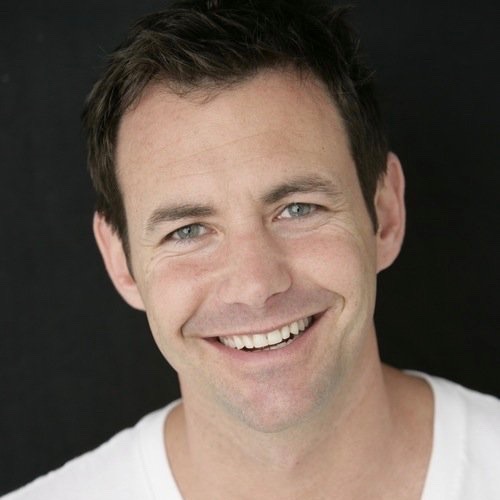 A famous actor, Larry Sullivan is best known for his role as Robert on the NBC television series Will & Grace. Similarly, he is one of the characters of popular 2017 television series, Big Little Lies where he portrayed a role of Oren.

Larry Sullivan is married to his husband, David Monahan. He is also an American actor who plays together with Larry in series, Big Little Lies. The pair has an adopted child together.

Firstly, Larry began his career as a member of the First National Tour of the Broadway Musical Miss Saigon. Similarly, at that time, he played a lead character in the musical play, Hello Again at the Blank Theatre Company in Hollywood, California.

Larry rose to limelight after winning the Best Actor at the Dallas OUT TAKES Film Festival for playing a role of Alan Oakley in the gay romance film, The Trip. Following his passion, he later appeared in several television series and films. Some of them are listed below;

Currently, he has appeared in the television series, Big Little Lies along with his husband, David Monahan as a role of Oren. Similarly, he also portrayed a role of James Gullick in 2017 film, Aftermath.

Talented Larry is openly gay and married to an American actor, David Monahan. The gay couple has one adopted child together.

The pair seems to be living a happy life as they often post their photos together on Instagram hanging out in different places. Besides their relationship, they have not bruited to any extra affair. Neither there has not been any serious conflict between them which would lead to the separation.

Likewise, with his incredible acting skills, he has successfully able maintained his net worth. Allocating information from several sources as of 2018, it is found out that his current estimated net worth around million dollars.