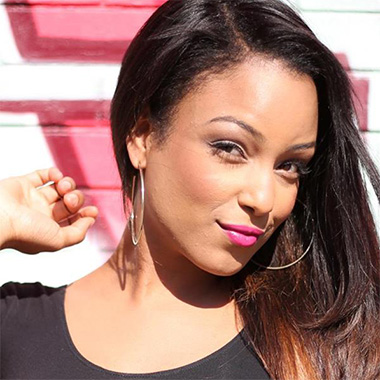 LaToya Forever is a famous YouTube personality, who is mainly known for being featured in topical, parody, and relationship videos on her YouTube channel. She is beautiful and lovely on the other hand her personality is also charming and lovable.

Forever was born in Scarborough, Ontario. She was born to Trinidadian parents. She is eldest of eight children. Her mother decided to pursue a college education in the US. She was uncomfortable to arrive in the US. Her family moved from home to home depending help from church friends. She never got the opportunity to develop a strong relationship with friends. She then started recording an open diary series with her digital camera and uploading in YouTube.

She is the eldest of 8 siblings and she moved with her parents and the rest of the family to Oklahoma. She would later move to Canada. She and her husband, Adam Ali, have a daughter named Samia and a son named Zayn.

“I am certainly blessed by God for allowing me to uplift people’s moods through my fun personality. I am not perfect but that’s cool…At lease I’m comfortable in my own skin.”

LaToya Forever entered the online social scene in early 2010. She was able to capture the hearts of video viewers from all around the world. She is famous for her charisma and incredible wit and expressing candid opinions. She has a collection of video topics which includes daily vlogs, Outfit of the Day, parodies, “Ask Latoya: Q&A”, trending topics and relationship videos. All of her videos was successful to collect a lot of fans. Her supporters adore her. With her video, she puts smiles on her fan face. She has the ability to articulate her thoughts with boldness and affluence which keeps her viewers coming back for more

Currently, she has more than 1300000+ subscribers combining both YouTube channels. Her videos on YouTube have provided her with numerous career opportunities. She announced in November 2012 that, she will work for VIBE TV as a host at the American Music Awards. As a host, she has interviewed a number of stars which includes J Cole. While she interviewed J Cole, she asked about his album “Born Sinner”. She also interviewed DeStorm Power.

Due to her unique talent, she has built her network is herself which provides motivation to the users. She has the ability to connect with people and has treasured her gift. Even her fans once tweeted that her video leaves a smile on their face. She always leaves a favorable and helpful impression on her fans. She has the ability to catch the attention of many Internet users. She has got a unique personality. She has released her daily-vlog series which is able to add more fans to her list. Her show mainly focuses on the day-to-day aspects of being a friend, mother, lover, and wife. She is faithful to use her ever-growing video platform to uplift, inspire as well as motivate her followers. She has more than 84% of young females who are following her. She has created a meaningful relationship individually with her fans from the entertainment, fashion, and media industries.

As of 2016, LaToya Forever’s net worth is estimated to be $3 million dollars. She is active on various online social networking sites and one can follow/like her to stay connected to her day-to-day updates.