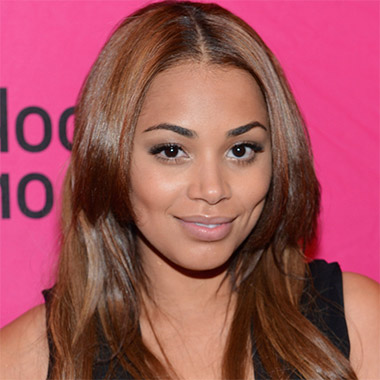 Lauren London (Born name Lauren Nicole London) is one of the famous people who holds multiple sectors as her profession. Lauren who is best reckon as a film and TV actress, hip-hop model, and television personality was born in the year 1984, December 5. Coming forward in the media field through the help of music video, she has been successful in turning her career from music video actress to film actress. She is best known for her remarkable performance in ATL film which was released in the year 2006, along with TV shows 90210, BET Comedy-drama, The Game, and Entourage.

Lauren London, who was born and raised in Los Angeles is the daughter of African-American mother and Jewish father. She attended Palisades High School and has attended several auditions for films, music video and commercials at very early age, which simply shows her great interest in the media field. Later in her life, she appeared in number of commercials followed by dozen of music videos to the artist such as Tyrese, Ludracis, Pharrell and Snoop Dogg.

Lauren London made her television debut from the show Everybody hates Chris in the year 2006 and in the same year she made her debut in the movie from ATL. The Christmas, I Love You, Beth Cooper, Next Day Air, Good Hair, Madea’s big Happy Family and Baggage Claim are her movie credits. Likewise, Entourage, 90210, Keeping Up with the Kardashians, Single Ladies, Reed Between the Lines, The Game and The Real are her TV credits. Coming to this far, she has managed to remark herself as successful lady whereas she has been successful collecting huge amount of $6 million as her total net worth.

Covering her body facts and personal life information, Lauren London has been blessed with wondrous body figures. Having played in a number of music videos in the past, her warm presence and immense beauty have been appreciated and admired millions of people. Having a perfect figure, she has a number of photos on the internet showing her flawless body and wearing only a bikini. Lauren London’s height stands as 5 feet 2 inches while Lauren London’s body measurement is 35-26-25 inches. She has not gone under any surgery while she has the weight of 119 lbs.

Regarding Lauren London’s relationship, it’s quite messy. There’s no doubt that she has been approached by many men in the past but Lauren’s relationship with the king of hip-hop artist Lil-Wayne is one of the hot topics in the internet. Disclosing her relationship with the media, she states that she met Lil when she was only 15 years old, the couple first met in the year 1998 when Lil was struggling to get success. Being together for so many years, the couple ended their relationship in the year 2009. In September of 2009, the news spread that Lauren got pregnant with Lil’s son, the news was true and she states that Lil was there all the time supporting her during that crucial stage. Later she gave birth to the handsome son Cameron Carter. In addition, she added that she tried to carry on the relationship but she can’t and her son’s father is a very loving and kind person however he will remain as the only a friend to her. She is currently in a relationship with rapper Nipsey Hussle.