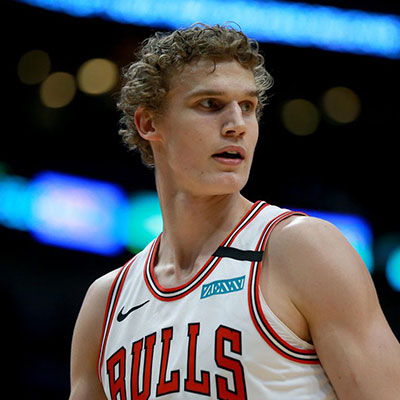 Lauri Markkanen is one of the professional basketball players who currently plays for the Chicago Bulls of the National Basketball Association. Prior to that, he played basketball for Arizona’s basketball team. Besides, he was selected as Pac-12 All-Freshman team and First Team All-Pac-12.

The 20 years old, Lauri Markkanen is currently in the relationship with his girlfriend, Finn Verna Aho. The couple has recently welcomed their first child into the world. In this digest, we will talk all about Lauri’s personal life, also his career, early life, salary and net worth. Read More

Lauri Markkanen was born on May 22, 1997, in Vantaa, Finland. He is the son of Pekka Markkanen, father, and Riikka Markkanen, mother. His both parents were professional basketball players. He has two brothers, Miikka and Eero Markkanen. His older brother Eero is a professional football player who currently plays for Randers FC.

Coming from a sports-loving family, it was obvious for Lauri to follow the family profession. So, he began playing basketball since his early age. In the beginning, he played for the local team HoNsu and then for HBA-Marsky in Finland.

The following years, he joined the Arizona University where he verbally committed to NCAA Division with Arizona Wildcats. He then made debut with the team on November 11th, 2016.  At that time, he was one of the first players ever since Mike Bibby to wear the jersey number 10.

Markkanene almost played one season with Arizona and then made his professional basketball career debut with the Chicago Bulls of the National Basketball Association. Within a year at Arizona, he became a first all Pac-12 selection and first team all Pac-12 in associated press. Moreover, he was also chosen to the third team All-American team in AP, USA Today, NBC Sports, and Sporting News.

The seven-foot-tall power forward, Lauri Markkanen was first drafted by the Minnesota Timberwolves in the first round of the 2017 NBA draft. However, in the same year Timberwolves traded him to the Chicago Bulls along with Kris Dunn and Zach Lavine.

Markkanen signed with the Bulls on July 5, 2017, and henceforth, he has been playing for it. As of 2018, he made 721 points as the career leading scorer among NBA players from Finland. Likewise, he reached 100 points in 41 games making himself one of the fastest player in the NBA. In addition, he also played he also plays with Finland National Basketball Team.

The twenty years old, Lauri Markkanen is currently in the relationship with his gorgeous girlfriend, Finn Verna Aho with whom he shares a baby child. He recently welcomed his baby son which came to highlight after he posted his baby son picture on his Instagram account. Finn Verna is a vegan food blogger in which animal and human rights are also included.

Lauri Markkanen appears to be spending a quality time together. However, the couple barely shares their personal life with the media.

Lauri Markkanen makes a good sum of money from his basketball professions. Besides, he has also collected thousands of dollars playing for the Arizona University and many local teams.

As of 2018, he signed with Chicago Bulls in a contract of $3,821,640. As of 2018, his exact net worth is under review but analyzing his appearances, his net worth appears to be in million dollars.