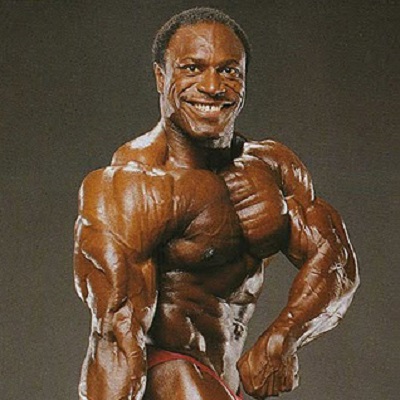 Lee Haney is a former professional American IFBB bodybuilder. During his career, he has won Mr. Olympia title for eight times. He is current chairman of chairman of the President’s Council on Physical Fitness and Sports. Moreover, he also has a program called “TotaLee Fit with Lee Haney,” on  Trinity Broadcasting Network.

Lee Haney was born on November 11, 1959, in  Fairburn, Georgia, United States. His father was a truck driver and his mother was a house wife. However, their name is still unknown. He grew up along with his elder brother and two sisters. He earned his degree in youth counseling Spartanburg Methodist College.

Lee Haney received a scholarship from the college, but he refused to take it and left the college in order to focus on his career. In the starting of his career, for the first time, he took part at  Teen Mr. America in 1979 but failed to win the title. However, in the following year’s Teen Mr. America Tall, he received his first title. He was just 20 years old when he won his first title.

Coming to 1984, he got a great achievement in his career by winning his first title at 1984 Mr. Olympia. Well, after that year he continuously won the title at Mr. Olympia up to 1991. Furthermore, in 1987 he also received title at Grand Prix Germany (II).

Professional former bodybuilder Haney is a married man. He is married to his beloved wife Shirley Draper Haney.

This couple has two children a son and a daughter. Their son’s name is Josh Haney. and daughter Olympia Haney.

And their daughter’s name is Olympia Haney.

Lee Haney being such a famous body builder with a great personality must have a good net worth. However, he hasn’t revealed anything about his net worth till now. But it is sure that his net worth is in millions of dollars.