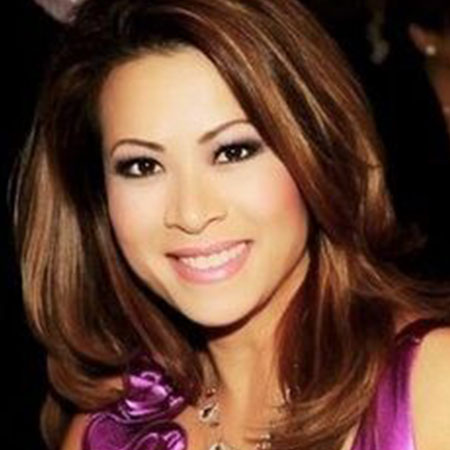 Leyna Nguyen is an American-Vietnamese television reporter as well as anchor. She is from Los Angeles, California. She was born on December 13 1969 in Dong Ha, South Vietnam. She was born in Vietnam and in 1975 she came to the United States. She attended Webster University located in St. Louis and graduated from there earning Mass communications degree. While she was in St. Louis, she worked for jazz radio station WEBU as was the Morning Drive personality. She was a substitute teacher for grades K through 6.

Leyna as a journalist have won Emmy Award for three times. She currently works as an anchor on KCAL-TV in Los Angeles in the nightly 4 pm and 9 pm newscast. She became the first newscaster to anchor the news on two stations in the same market making the broadcast history. She worked for Viacom-owned duopoly of KCAL-TV and KCBS. She is one of the popular newswomen and a highly requested speaker in the stations. She worked for NBC affiliate KCRA-TV located in Sacramento, California as a news anchor and reporter. She while working there hosted a quarterly program on Asian-American issues. She then went to the second largest television market in London. She was in Augusta before California. While she was in California she worked on the CBS-affiliate WRDW-TV as an anchor of the news. In her career she have appeared in more than 30 television shows and movies which includes Boston Legal, Teenage Mutant Ninja Turtles, NCIS and Austin Powers. She along with entertainer Casey Kasem have hosted the annual Jerry Lewis Labor Day Telethon. She with Hall of Famer James Worthy have hosted the Southern California Special Olympics Summer games. She is also the part of the Vietnamese Entertainment Industry. She is also seen playing herself in several films and TV shows.

She was one of the contestant of Miss Asia. She was successful in winning the title in 1987. She became YWCA Woman of the year in 1996. She was also one of the 25 Most Influential Vietnamese-Americans in 25 years in 2000. She was also honored as Woman of the Year by the California State Legislature for her philanthropic work in 2011. Excluding her professional work, she is happy and is proud herself because of the work she does off-camera. She runs a non-profit foundation called as LOVE ACROSS THE OCEAN. This foundation benefits underprivileged school children in Vietnam. The foundation also assists refugees in Southern California. Her foundation site link is http://www.loveacrosstheocean.org/. This sites provides information about the foundation, programs conducted by the foundation, videos and other news etc. She loves martial arts, music, paragliding and cooking which is her hobby as well.

Her Facebook page link is https://www.facebook.com/LeynaNguyenNewsAnchor. Her Facebook page is liked by 7051 people. Her official Twitter account link is https://twitter.com/leynanguyentv. She has got 4336 followers and she is following 206 people. Her LinkedIn account link ishttps://www.linkedin.com/pub/leyna-nguyen/17/a81/228. She has more than 500 connections. We can also find her biography is her Wikipedia and other small wiki sites. She is currently 45 years old.