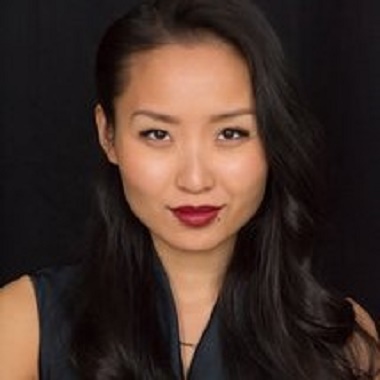 An American actress Li Jun Li is best known for her role as Maggie Huang in the fourth and fifth seasons of the legal drama thriller series Damages. Having active in this entertainment industry since 2010, she has appeared on several TV series.

Li Jun Li was born on 6th November 1983 in Shanghai, China. She went from Shanghai, China to Bogota, Columbia at the age of six, where she spent most of her childhood years. Li Jun Li’s mother’s name is Mei Li who is a wonderful and very supportive mother.

Li Jun Li grew up traveling different countries and she is trilingual, fluent in English, Spanish, and Mandarin.She attended Fiorello LaGuardia High School of Music & Art and Performing Arts as a Dance major. She discovered her true passion when she switched to studying acting in college.

Li Jun Li started her acting career starring opposite Matthew Morrison in the Tony Award-winning Rogers & Hammerstein‘s South Pacific in 2008 at New York’s Lincoln Center.Then, she began to gain roles on a variety of TV series and films such as Blue Bloods (2010), Damages (2011), Cédric Klapisch’s Chinese Puzzle (2013), The Following (2013), and Mistress (2014). Li Jun increased her visibility and appearance on a global level by landing major television roles in Neil LaBute‘s Billy and Billie in 2015 and Steven Spielberg‘s Minority Report on FOX.

In 2016, Li Jun enjoyed continued success by joining the cast of American drama thriller series Quantico to play Iris Chang, where she gained a lot of recognition through her role and became a close friend of her co- stars Priyanka Chopra and Johanna Braddy.The series was designed by Joshua Safran and produced by ABC Studios. Mark Gordon and Safran serve as executive producers.

In 2016 they were seen singing a number of songs throughout the night. Priyanka tweeted a picture and wrote,

In the same year, in 2016, she joined the Dick Wolf and Matt Olmstead‘s American police procedural drama television series Chicago PD in the fourth season, where she played Julie Tay.

Currently, Li Jun is starring in the second season of Martin Gero‘s crime drama television series Blindspot since 2017, where she plays Dr. Karen Sun, a Psychiatrist specialized in PTSD patients. Li Jun and her co- star on the set of Blindspot
Source: Screener

Li Jun was produced by the FBI by Nas Kamal to give Roman a psychological profile about his personality. She worked as a criminal profiler for the NSA and also was part of Zero Division where Li Jun presumably met Nas.

Though Li Jun Li hasn’t revealed anything about her private stuff to the public, scrolling down her Instagram account, we find her being cozy with Greg Beeman. Once it generated a rumored regarding they are boyfriend and girlfriend and dating each other. However, the rumor led to rest when Li herself denied to has an affair with him.

Li Jun might have only focused on her career which might be the reason that she has not planned yet to get married or having children. She is a dog lover and has a cute dog, which she treats like her child.

Li has a huge fan following on social networking sites like Facebook, Twitter, and Instagram. The 5′ 6″ Li Jun Li is one of the well-established actresses and has appeared several TV series and films. Li Jun surely earns her attractive salary from her acting career, and most of her income source hails from her acting career.

However, Li has not revealed her estimated net worth on social sites. But we can assume her net worth is in million dollars.