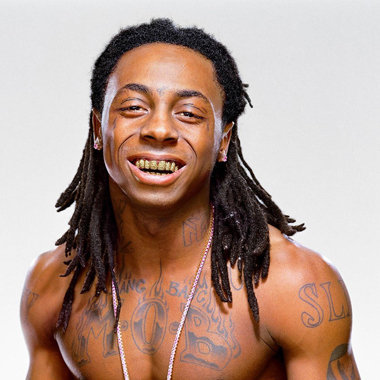 Dwayne Michael Carter, Jr. who is best known from his other name “Lil Wayne” was born on September 27, 1982, in New Orleans, Louisiana. He is a well-known rapper and is very popular for his songs. Wayne has worked with many artists and has grabbed Grammy Award too. He is the CEO of Young money records and also a president of Ca$h Money Records.

Wayne got married to his high school girlfriend Antonia “Toya” Carter on Valentine’s Day in 2004. He had his first daughter Reginae when he was 15 years old. Reginae was his first child and he loves her very much. The couple got divorced in 2006. His second child was a baby boy and was named Dwayne III. His son was born on October 22, 2008, at The Christ Hospital in Cincinnati. Sarah Vivan, a radio broadcaster is the mother of the child.

Cameron Carter is his third child and second daughter. She was born on September 9, 2009, and her mother is actress Lauren London. Neal his fourth child was born on November 30, 2009, to singer Nivea. Having four children, Wayne thinks of retiring after releasing his last album “Tha Carter V”.

Wayne was born when his mother was just 19 years old. His mother was a cook. His parents got divorced when he was 2 years old. Both of them were totally abandoned by his father after the divorce. His mother married another man named “Rabbit”.

Wayne considers Rabbit as his real father and has also made a tattoo dedicated to him. Wayne attended a gifted program of Lafayette Elementary School. He also went to the drama club of Eleanor McCain Secondary School and later joined Marion Abramson Senior High School for his high school study.

Wayne joined the Hot Boys group in 1996 with the rappers Turk, B.G., and Juvenile. He was just 15 years old and was the youngest member of the group. They released their first debut album the same year they were formed and they titled the album “Get It How U Live”. In 1999, the Hot Boys released another album called “Guerrilla Warfare”. It became a huge success and it hit No.1spot on the Billboard Top R&B/Hip-Hop Albums chart and hit No.5 spot in Billboard 200. Their first album became a huge success. After that, the group released another album in 2003 called “Let ‘Em Burn”. After a few years, the group was disbanded.

In an interview with CBS, Wayne told the reason of getting “Wayne” in place of his given name. He said that he dropped D from Dwyane because it was the name of his biological father. Since his father wasn’t in their life, so he didn’t want his name too. He said that he liked Wayne more than Dwayne. When Wayne was 12 years old, he shot himself in the chest with the 9mm handgun of his mother while he was playing with it and was driven to the hospital by an off-duty officer Robert Hoobler.

At the age of 17, Wayne released a solo debut album called “Tha Block Is Hot”. His first solo debut album was a huge success. People loved his songs and the way he rapped. The album hit No.3 spot on the Billboard 200 and later it was certified platinum by RIAA. From this album, Wayne got nominated for “Best New Artist” in 1999 Source magazine. After that Wayne continued on giving hit albums like Lights Out in 2000, 500 Degreez in 2002, Tha Carter in 2004, Tha Carter II in 2005, Like Father, Like Son in 2006, Tha Carter III in 2008, Rebirth in 2010, I Am Not a Human Being in 2010, Tha Carter IV in 2011, I Am Not a Human Being II in 2013, Free Weezy Album in 2015 and Tha Carter V in TBA. Wayne grabbed four Grammy Awards including Best Rap Song and Best Rap Album. He won those for the song “Lollipop” which was the first single from his album “Tha Carter III”.