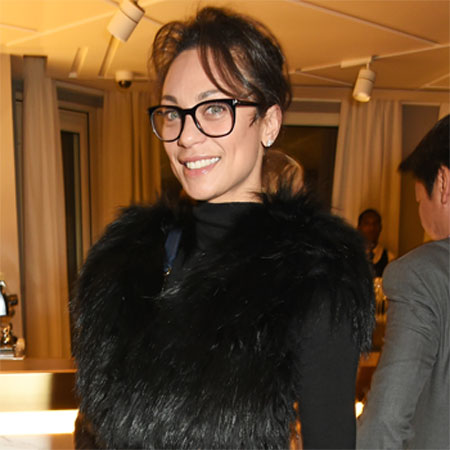 Lilly Becker is a half Dutch and half Congolese model and Television presenter. She is well known as a wife of a former Tennis player, Boris Becker. Lilly Becker’s husband, Boris won multiple Grand Slams and gained a gold medal at the 1992 Barcelona Olympics.

Sharlely “Lilly” Becker-Kerssenberg was born on 25th June 1976 in Rotterdam, Netherlands. Her mother was from Suriname, South America (African descent) and her father is Swiss. Lilly’s mother died when she was just three years old.

Lilly was raised in the Netherlands by her grandmother, Esseline Kerssenberg-Bradley. Later on, she went to live with her uncle and aunt in Amsterdam. Sharlely speaks Dutch, German and English.

On the stage of dance show, Let’s Dane: Instagram;

Furthermore, Lilly Becker became a face of the handbag brands, LeSportsac in 2014. LeSportsac is a leading manufacturer of functional and chic handbags. The Classic and Designer Collections designed by trendsetters Stella McCartney, Jonathan Adler, Diane von Furstenberg, Tokidoki and Gwen Stefani). Currently, Lilly Becker is working also as a photographer.

Then, Lilly Becker married her world-famous husband Boris Becker on 12 June 2009. They broke up before they eventually got engage and married.

‘I owe how much?’ says his expression. Sadly, a generous man to a fault. I have no doubt he will bounce back. Boris at one of my London diamond events. #borisbecker #lillybecker #diamondring

The couple met while she was modeling in Miami and left the glamorous world to become his wife. Lilly Becker gave birth to her first child a baby boy named, Amadeus Benedict Edley Luis Becker on February 9, 2010.

The couple is mostly seen vacationing with their kids or at different events seeing dazzling as always. Now the couple spends most of their time in London but owns several places both in Europe and the U.S.