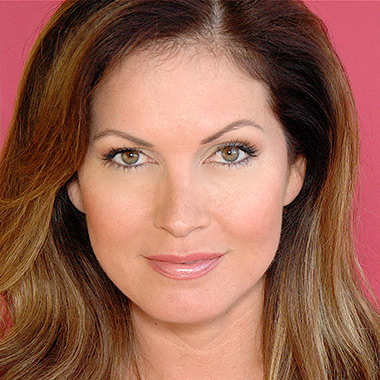 Lisa Guerrero is a famous American sports anchor on Los Angeles KCBS-TV and now on KTT previously where she started her career previously and now she is Chief Investigative Correspondent for Inside Edition.

Lisa is the daughter of Walter Coles and Lucy Guerrero. She was born in Chicago and was raises in San Diego, California. Her father is British and mother is from Chile but her mother died of cancer. At that time Lisa was only eight. She used to take Drama Therapy to cope the loss of her mother.

In 1980, she began the cheerleader for Los Angeles Rams. She began to start her acting career in 1980’s and began to stare at screens of television. She was seen on The George Lopez Show and In the Heat of the Night in 1990. In the same year, she was seen on “Odd Man Out” as a guest star.

Guerrero started to work in Fox Network in 1999. She was involved in the shows like Toughman Competition, Fox Overtime, Sports Geniuses and Fox Extra Innings. She also traveled to Egypt to cover the opening of the tombs. Lisa also hosts the show “The Best Damn Sports Show Ever” with Michael Irvin and Tom Arnold but she left the show in 2003.Lisa joined Monday Night Football in ABC in 2003 but she worked only for a single season but her performance was criticized by many. But when she lest the show the ratings of the show get even worse.

Lisa started to work for TV news magazine Inside Edition in 2006 and now she is Chief Investigative Correspondent for it.The VH1’s game show “The World Series of Pop Culture” show hired her as one of the hosts. She also writes blogs in Huffington Post and Los Angeles Times.

Lisa hosted the 82nd Academy Awards Red Carpet live in 2010. She has previously also hosted lots of award function. Lisa also posed for 2006 playboy cover so her nude photos can be easily found on the internet. She has posed in a very confident and sexy manner. You can also follow her on her Facebook and Twitter account to know more about her.

Lisa Guerrero is married to Scott Erikson who is a former MLB pitcher. The pair together made a film named ” A Plumm Summer” which was not commercially successful but it made her awarded The Austin Film Festival Audience Award in the category of Best Family Film. Lisa, herself played the lead role in that movie. She was also an executive producer of the movie. She has also a small role in the movie Moneyball. Moneyball was also nominated for Academy Award.