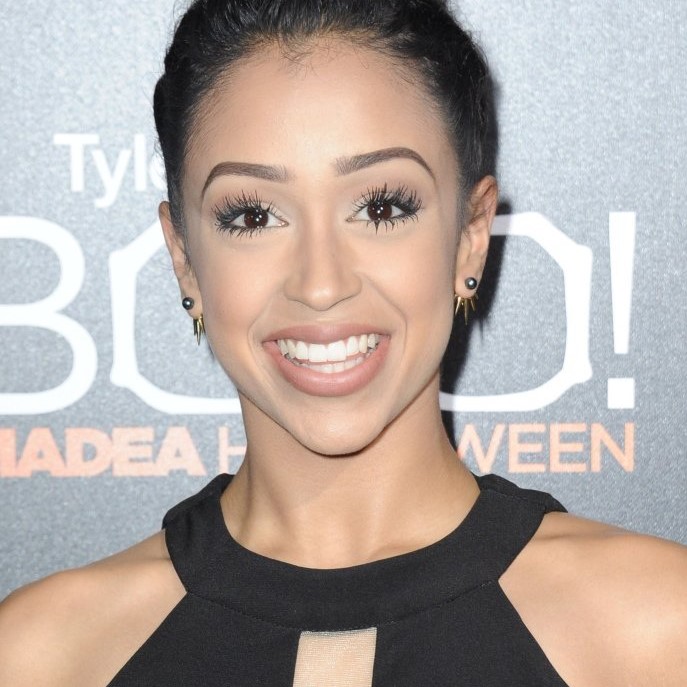 Liza Koshy is a Streamy Awards winning actress, Vine Star, YouTube Star, and a social media personality. She is well known for her work as a YouTuber with more than 7.9 million followers on her channel “Liza Koshy”. She is unmarried till date but has an affair with David Dobrik, an actor.

Liza Koshy is unmarried till date but she is dating a handsome hunk named David Dobrik. Dobrik is a youtube star from Chicago, Illinois.

Liza Koshy was born as Elizabeth Shaila Koshy on 31st March 1996, to an Indian father and white mother in Houston, Texas, United States. She is of non-Hispanic White ethnicity. Liza was admitted to dual language class during her kindergarten class, which she speaks Spanish fluently. She grew up with her two older sisters.

Liza attended the Lamar High School and graduated with a degree in IB diploma from there. During her time at high school, she was a good dancer and became a dance team captain. She joined the college in the Fall of 2014 majoring in Business Marketing.

Koshy began her career as a social media personality during her high school days. There, Liza started her Vine career, and she downloaded the app because all her friends were using it. She then began uploading her video which earned a bunch of views and ultimately her followers also rose.

Besides that, she also involved in TV network. She made her TV network debut from the series “Freakish” in 2016. The series is about the high school students battling greedy mutants after the chemical plant melted down.

She made her big screen debut in 2016. She appeared in the film named “Boo! A Madea Halloween” playing Aday Walker. At the same year, she appeared in FML with Jason Nash.

Another achievement was her presence in YouTube for Christmas Special, Jingle Ballin with the cast member- Aly Mawji, David Alan Grier, and Chris Kattan. Her Youtube channel has around 8.9 million subscribers whereas her Instagram has 13.2m followers and 1.2m followers on Twitter.

Five facts about her:

Recently, Koshy starred in, Escape the Night (2017), a murder mystery web-series on Youtube Red. Playing as “The Explorer”, she ultimately made it to the fifth episode before being “eliminated”.

In January 2017, the comedian also made an appearance in a parody video of Bing Bong – Closer by The Chainsmokers & Halsey, created by YouTubers Elijah Daniel and Christine Sydelko. On Youtube, it has since been viewed over 2.4 million times. Currently, she uploads a new video to her Youtube every Wednesday.

The young and talented social media personality, Liza Koshy is unmarried till date but she is dating a handsome hunk named David Dobrik. Dobrik is a youtube star from Chicago, Illinois.

He has garnered more than over 4.7 million subscribers to his self-titled channel. The couple has been dating since November 2015. The couple has posted many romantic and intimate photos on Instagram.

It shows they are really close to each other and are deeply in love. Thier cozy photo is enough to show us their romantic chemistry.

In 2016, she won the Streamy Awards for her breakout creator on the social media. In 2017, she has nominated for two awards such as People’s Choice Awards and Shorty Awards.

Therefore, with the help of her talents and looks, she gets a conventional amount of money as her income raising her net worth to a decent peak value. Allocating information from several sources as of 2018 it is found out that Liza current estimated net worth is around $1.5 million. Regarding how successful she is, this figure is almost confirmed to increase in the near future.