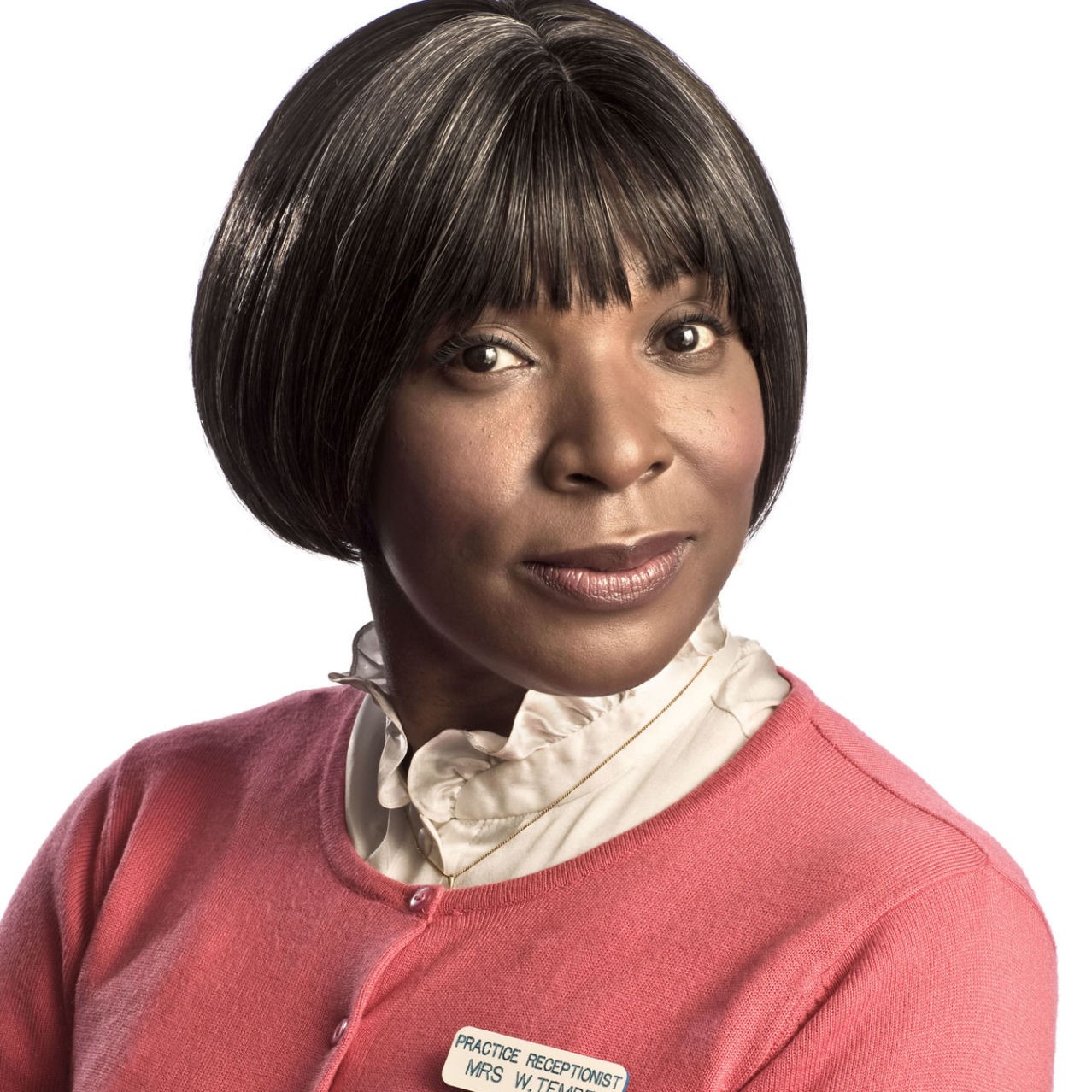 A Royal Television Society Midland award-winning actress and director, Lorna Laidlaw, widely recognized for her roles in the BBC television shows such as Doctors, Grandpa in My Pocket and Tikkabilla.

Lorna Laidlaw was born on 1 February 1963 in Birmingham, England. She belongs to African-English race. During her early age, she was interested in acting. Lorna Laidlaw did not train as an actor in drama school but she got into acting through her Gold Duke of Edinburgh Award.

Lorna Laidlaw had always been in school plays, and she went to the Birmingham Youth Theatre to support a friend who was going there to audition. They said to her ‘you can’t just sit at the sides, you have to do it.’ So because she needed to do something to get her award, she did it.

When Lorna Laidlaw was at Birmingham Youth Theatre, somebody asked her to join another theater company. At the age of 15, she went to work for lots of good local theater’s like Big Brum, Women and Theatre, Language Alive and a company from the Rep. Since then she has worked at the Birmingham Rep every year:

Lorna Laidlaw made her television debut in the early 1990s. However, she became a regular on the children’s television program,”Tikkabilla” in 2002, which was formed by BBC Education for BBC Worldwide.

Each program is introduced by two adults and a small dragon puppet named Tamba, who resembles Spyro the Dragon in colouration.Then, Lorna Laidlaw appeared on the comedy-drama series “Grandpa in My Pocket” in 2000, where she played Miss Smiley. 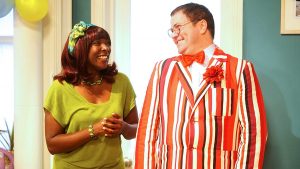 Lorna Laidlaw on the set of
Grandpa In My Pocket
Source: BBC

Lorna Laidlaw is currently appearing in the medical soap opera “Doctors” playing Mrs Tembe since 2011. She got the job because the producers came and saw her at the Birmingham Rep in These Four Streets. They asked her to audition for it. These Four Streets was a fantastic collaborative piece of writing, written by six female writers and was about the Lozells riots.

They were a very small cast of lots of characters, so they all had to play three or four different characters within the piece. After that, she got offered a part as a hairdresser in a one-off episode, and then a year, and a bit later they asked her to audition for Mrs Tembe.

Lorna Laidlaw was nominated for several awards, and most notably she has been nominated for in the category of “Best Actress” three years running at the British Soap Awards; alongside these nominations. 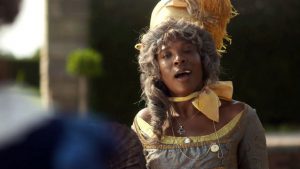 Lorna Laidlaw on the set of Doctors
Source: Birmingham Mail

Lorna Laidlaw was also nominated for awards under the Inside Soap Awards for “Best Daytime Star” in 2016 and 2014, the National Television Awards for “Serial Drama performance” in 2016. She is also from the Royal Television Society award for “Best Actress” 2012 for which she was the winner of the category.

As a director, Lorna Laidlaw directed several episodes of Doctors. Being a successful director, in 2011, she won the MVSA Best Black Theatre production award for her work in “Mr. Soon Come” accompanied by the Royal Television Society award for Best Actress in 2012. 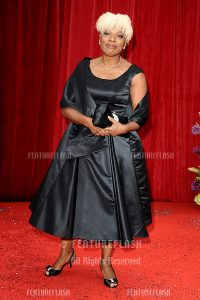 It has established her as an experienced person on theater productions and entertainment.

Lorna Laidlaw is married and mother of two children. Her professional life is an open book, and she never hides anything from it. However, she always shunned any topic related to her personal life.

Lorna Laidlaw is previously married, but due to some personal differences, she divorced from her husband. Her ex-husband’s name is still a big mystery. It looks like her marriage did not work out well, and that’s why she never talked about it.

Lorna Laidlaw managed to take her boys in shooting and in free time, even she breastfed them when her children were small. After her divorce, the custody of the children came over her shoulder. Her sons are lucky to be born from the womb of such charismatic, hard working, and caring mother.

In a conference, when questioned about how her children loves the show, she said,

“They liked me being on TV when they were little, especially when Tikkabilla came to film in their primary school. But I haven’t got much street cred now. They don’t think Mrs. Tembe is cool.” Don’t feel sad Lorna; we’re sure your boy loves you with everything. It’s not their fault to dislike her role as many fans of the show feels the same.

Being a well-established actress and director has presumably grown enough net worth that promotes her to grow even greater as a person as well as a star. In 2012, Lorna Laidlaw grabbed the media attention when she wore the golden color dress matching with her hair color during the British Soap Awards which was held at the London TV Centre. 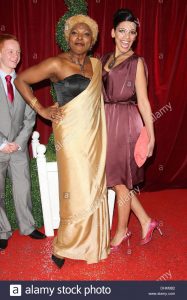 Lorna Laidlaw is also a winner of multiple awards and has earned nominations for her many works of both theater and television.