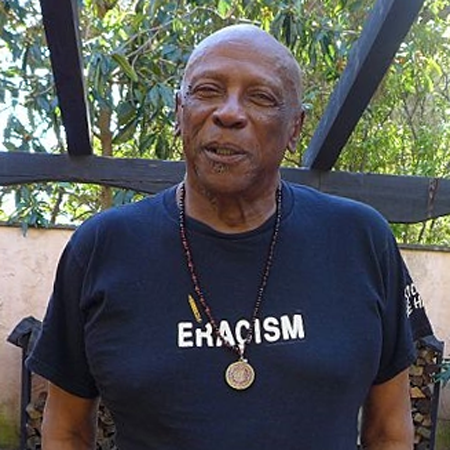 Louis Gossett Jr. is an American actor, well-known for his Academy Award-winning character as Gunner Sergent Emil Foley in the movie An Officer and a Gentleman.

Louis Gossett Jr. married thrice till now. Firstly, he married Hattie Glascoe then Christina Mangosing in 1973, and Cyndi James-Reese in 1987 and has two children

Louis Gossett Jr. was born on 27th May 1936 in Brooklyn, New York. He was born to father, Louis Gossett Sr., a porter, and a mother, Hellen Rebecca, a nurse, and grew up along with his siblings.

During his high school, his teacher encouraged him to give audition for Broadway part which resulted in selection among 200 other in 1953.

Louis completed his graduation from Abraham Lincoln High School in 1954 and enrolled at New York University under an athletic scholarship. Due to his 6’4”, he was offered to play basketball during his college years, but he rejected in order to concentrate on theater.

Louis starred at the age of 17, in Broadways’s Take a Giant Step, selected by The New York Times drama critics as one of the ten best shows of the year during his high school.

In 1961, he made his debut from the Sidney Poitier vehicles A Raisin in the Sun. The same year he appeared in the original cast of Jean Genet’s The Blacks which was the longest-running off-Broadway play of the decade.

Louis role as a drill instructor Gunnery Sergeant Emil Foley in An Officer and a Gentleman won him an Academy Award for Best Supporting Actor.

Moreover, Louis also featured in several other hit movies and TV series including A Raisin in the Sun, Iron Eagle, Left Behind: World at War, The Good Fight, etc.

During the Presidential election in 2008, he featured in the controversial drama, Boiling Pot, which was based on true events of racism that occurred on college campuses.

Louis seems to have little ups and downs in his love life as he married three times. Firstly, he married Hattie Glascoe after short dating but couldn’t last more than a year.

On 21 August 1973, he married Christina Mangosing and welcomed their first child, Satie, in 1974. After two years of marital relationship, the couple divorced in 1975.

Eventually, after two unsuccessful relationships, he married Cyndi James-Reese, Star Search Champion, on 25th December 1987. The couple adopted a son, Sharron, born in 1974. After five years of marital relationship, the couple divorced, in 1992.

Louis also featured in several hit movies which struck with a millions dollar of box office collection. His movie An Officer and a Gentleman was successfully hit which earned millions of dollar and different prestigious awards. Allocating information from several sources as per 2018, it is found out that Louis Gossett Jr. current net worth is around $6 million.