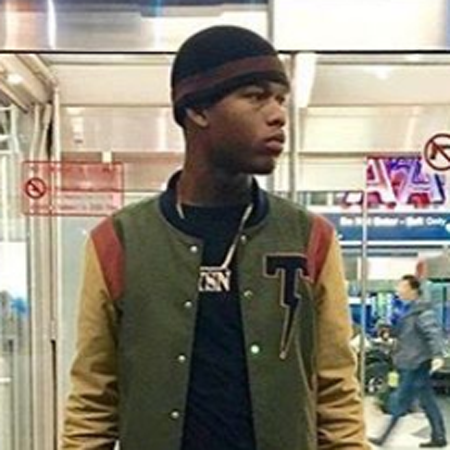 Lud Foe is an American rapper, songwriter and Internet personality. He is well known for releasing several songs on YouTube, including Cuttin Up, I’m Da Man and Double Dutch.

Will James Akins was born on 15th July 1996, in Chicago, IL, US. His parents raised him on the west side of Chicago, Illinois. His childhood was troubled as Lud Foe grew up in a dangerous neighborhood, where he used to carry a gun every day. At the age of 15, Lud Foe drooped out of school after getting into a fight with one of his fellow high school students.

Lud Foe started his rapping career at the age of 4. His older cousin brother encouraged him to pursue his career in music. During his struggling days, Lud Foe used to listen to a variety of gangsta rappers, such as Ice Cube, N.W.A, Three 6 Mafia, Gucci Mane, and Master P as well.

Later, Lud Foe met fellow Chicago native Kid, Wond3r, at a tattoo shop as a youngster. At the time, he told a tattoo artist about how he used to write many raps in a day. The duo later exchanged their numbers and Foe released his first song in collaboration with Wond3r.

Moreover, Wond3r produced many Lud Foe’s records. Lud Foe started to get popularity in 2015. Furthermore, he earned a huge fame in 2016, when he launched the all-time hit singles such as Im Da Man and Cuttin Up, Yea Yea and Ghetto Love.

Lud Foe’s most famous mixtape song is, Recuperate. It is a high energy which is currently reaching seven million views on YouTube.

Talking about his personal life, Lud Foe currently reached 21 years old and is not married yet. Lud has never officially linked in a relationship and has not disclosed anything about his relationship regarding dating, affair, and girlfriend. It seems like he is focusing his career rather than a girlfriend and currently, he is possible to be single.

Besides that, Lud Foe got in a tragic car accident on March 5, 2017. He crashed with an 18-wheel semi-trailer truck, after an argument with the truck driver. Lud Foe was with his friends that night at the Hillside Bowling Alley and got in a car accident at about 3:00 am.

From MGMT- To all my fans: I’m a SOLDIER . They say what doesn’t kill you, only makes you STRONGER. On Sunday morning, I was involved in a car accident with a 18 wheeler that nearly took my life. 2 broke wrist, a broken jaw, all type of fractures & wounds…but I’m still here. ???????? GOD has a plan for me! Keep me in your prayers as I heal mentally and physically! I’ll be back STRONGER than ever!! #getwellFOE

Lud Foe has released numerous hit songs and earned a significant net worth from his career as a rapper. As of 2017, his net worth is estimated to be around $1 million. His song, Cuttin Up received over 22 million views on YouTube.

Additionally, Lud has a black colored BMW i8 that cost him around $144,395. Besides that, he loves to post a variety of shoe pictures on his Instagram. Moreover, most of them are of King of the Dot company also known as KOTD.