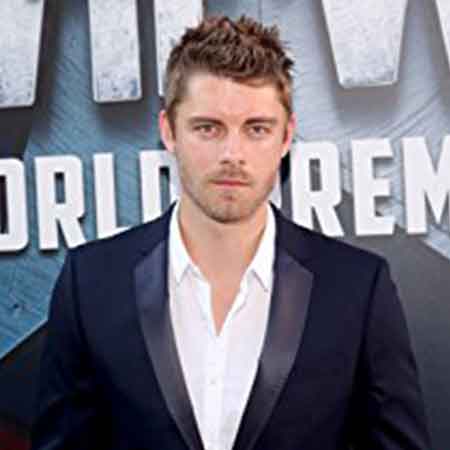 The Logie Award winner, Luke Mitchell is an Australian actor as well as a model. He is known for his portrayal role of Will in the third season of H2O: Just Add Water. Likewise, his other notable roles are in Home and Away, Agents of S.H.I.E.L.D etc.

Luke Mitchell was born on 17th April 1985, in Gold Coast, Australia. His birth name is Luke David Mitchell. However, his parents divorced and later both went on to remarry. Mitchell grew up along with his three brothers, Benjamin Mitchell a top ten tennis player, Daniel Mitchell and Michael Mitchell and a younger sister, Bree Mitchell.

Mitchell attended Melbourne Grammar school and later Nerang State High School. From the young age, Mitchell began playing tennis and aimed to go professional. But later he realized it was the only thing in his life and gave up.

After quitting tennis, Luke Mitchell trained at Film and Television Studio International. He further worked with professionals including Joss McWilliam, Iain Gardner, Kim Krejus and Dean Carey. Mitchell worked with Sudden Impact Entertainment in their live theatre shows.  He made his acting debut in 2008 through the television series, Neighbours.

The same year, Mitchell appeared in the movie, Performance Anxiety. Likewise, his other movie roles are in Cryptopticon, 7 Minutes and Mothers, and Daughters. Mitchell gained a wide recognization after he portrayed the role of Will Benjamin in the series H2O: Just Add Water from 2009–2010.

Furthermore, from 2009–2013 Mitchell appeared in Home and Away as Romeo Smith. He further portrayed the role of John Young in the series The Tomorrow People. Mitchel has also played the role of Lincoln Campbell in Agents of S.H.I.E.L.D. Currently, he plays the role of Roman in the series, Blindspot since 2016.

The 33 years old renowned actor, Luke Mitchell is living a happy married life. Well, he is married to an Australian actress Rebecca Breeds. The couple met each other on the set of Home and Away and soon began dating.

After dating for few years, the couple decided to take their relationship to the next level and finally shared their vows in January 2013. Their wedding ceremony was held at Kangaroo Valley Bush Retreat in 55 Radiata Rd, Kangaroo Valley NSW 2577, Australia.

Although the couple is already married, they do not have any kids yet and further, they haven’t mentioned any plans of having kids too. Well, they have maintained a peaceful married life and yet they haven’t faced any rumors of divorce.

Luke Mitchell is living a lavish life. He has starred in numerous popular movies and television series from which he has earned an astonishing amount of money. As of now, Mitchell has an estimated net worth of $3 million.

In 2017, Mitchell and Rebecca bought an apartment in Sydney’s Cronulla for $1.425 million. The apartment features three-bedroom. Likewise, he owns two dogs of Cockapoo breed worth $1000-$1200.