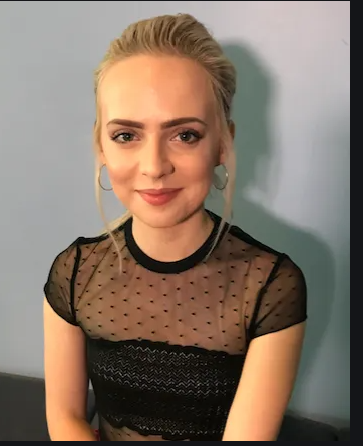 Madilyn Bailey is an American singer and songwriter who is most famous for posting cover songs of Titanium, Radio head and other songs on her YouTube channel. She has also released original songs and albums. Bailey is a talented vocalist. She has become very popular due to her gifted voice and stylistic renditions of songs.

Madilyn Bailey is a married woman. Her husband is a social media star James Benrud and they have a loving relationship.

Bailey is of American nationality and belongs to English and Irish ethnicity. She went to Grahams

As an emerging star, Madilyn joined Keep Your Soul Records to assist her in production. In 2013, she moved to Los Angeles. She toured all over the United States and Canada with Boyce Avenue. The singer then went on to sign a record deal with PlayOn in France.

Furthermore, Bailey has collaborated with many artists like Kurt Hugo Schneider, Sam Tsui, Boyce Avenue. She released an album of covers entitled “Muse Box” along with single ” Rude” feat Flula. The musical artist then put out her original material in a five track EP titled “Wiser”.

Bailey is still active on YouTube and recently she released a single named “Tetris”. Her fan following is increasing every day thanks to her unique singing style and charismatic personality.

Madilyn Bailey is married to social media star, James Benrud. The two got married on 22nd August 2014, when Madilyn was 22 years old. They were in a relationship for some time before they exchanged their vows.

The two look very happy together. Their relationship is filled with love and compassion. They also have a vlog channel where they share some parts of their life with the world. The couple has two dogs named Booger and Buddy.

However, the pair does not seem to be in a hurry to have a child. They are still very young and working in their career. Nevertheless, they have shared that they are open to the idea of adoption. Furthermore, there has also not been any rumors of separation and the two are going strong.

Allocatin information from several sources as of 2018 it is found out that Madilyn Bailey current estimated net worth is around $2 million. A lot of her earnings are sourced from YouTube videos and album sales. She also sings in various concerts and tours.

Bailey is living a good lifestyle with her husband. They live together in a house in Los Angeles. Bailey is still active in her career so, we can assume that her net worth will experience a rise in coming days.