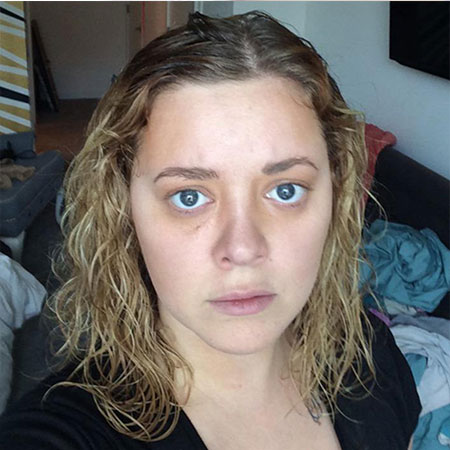 Madylin Anne Michele Sweeten, often known as Madylin Sweeten, is a name that comes at the very beginning while talking about American female comedian. She represents herself as an American actress and comedian and best known for her on the CBS television comedy Everybody Loves Raymond where she played role of Ally Barone. Having been active since 1991, Sweeten has gained name and fame for her work in various television series and films.

Madylin Sweeten was born on June 27, 1991, as a daughter to Timothy Lynn Sweeten and Elizabeth Anne Millsap. She was raised in Brownwood, Texas along with her twin younger brother Sullivan and the late Sawyer. She was born in a family of nine children. Her siblings are Claudia, Maysa, Emma, Guiliana, Elliette, and Jaymeson. This big family now resides in Southern California.

“I like playing make-believe. And my brothers do it with me. So its fun, its almost better than chocolate ice cream.”

Madylin Sweeten started her acting career from Kay Scott School of Performing Arts in San Saba in Texas when she was just three years old. During her school days, she was cast in a television movie A Promise to Carolyn which led her to get an offer from several commercial in Dallas. She was also the winner of the title World’s Universal Beauty, which was a part of the oldest children’s scholarship competition. Later on, she gave audition for several television roles in Los Angeles and got the role of Ally Barone, the eldest child of Raymond and Debra Barone for nine seasons of Everybody Loves Raymond.

During her career, Madylin Sweeten has also made an appearance in several feature films such as The Christmas Path, A Dog of Flanders and she gave her voice on Toy Story 2. She also appeared in the movie American Splendor, which was critically acclaimed and recipient of the 2003 Sundance Film Festival Grand Jury Prize. In 2008, she appeared in the short role of a co-worker of Jerry in Eagle Eye. Since 2013, Sweeten has been working on short and independent films. Coming to this far she has made numerous appearance on television and films. Her work includes as Young Debra in A Promise to Caryoln(1996), as Young Aloise in A Dog of Flanders(1999), as Denise in The Next Steps(2008), as Claire in Spare Change(2015) and as Lauren Fredrick in Sam and Me(2015). She has also made her appearance in various short films such as Human Centipede 3 Parody with Bree Osison, Our Friends Are Fucking and Christmas Party Conversations: Part II.

Covering her personal life, Madylin Sweeten is blessed with blue eyes and charming face and has a height of 5’1’’.There has been no any information about her relationship status but she might have been dating someone secretly but she has not spoken a word about her relationship status and affairs. A beautiful personality prefers to hide her personal life as much as possible in media. Her hard work has paid her well at an early age. She currently has a net worth of $5 million(2016).