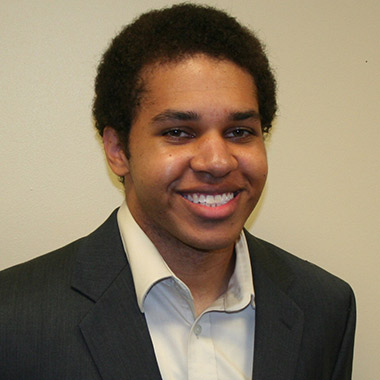 Malcolm P. Poindexter Jr. was born on April 3, 1925, in Philadelphia, Pennsylvania, United States. He was an American newspaper, television, and radio journalist. He spends his 50 years of career in journalism. From 1967 he reported for KYW-TV which is based in Philadelphia. In February 2001 he retired. He has won Emmy Awards for three times for his reports during his career. He also wrote for the London Daily Express, Philadelphia Tribune, Ebony, The Philadelphia Bulletin, and Jet. He was also a member of the Philadelphia Association of Black Journalists.

He was raised in the Eastwick neighborhood of southwest Philadelphia. His father was a baritone, a pianist, and a vocal coach. Malcolm studied at Overbrook High School and graduated from there. He also attended Temple University. His wife name is Ilse. She is a former librarian. The couple has son named David and Malcolm III. He also has a daughter Lynne. His stepdaughter name is Kristen.

In 1947 he began his career in journalism working for the Philadelphia Tribune and the Associated Negro Press as a writer and general assignment reporter. He worked for 15 years as a photojournalist, sports editor, business manager, comptroller, sportswriter, assistant comptroller, a writer, columnist and city editor with the Philadelphia Tribune. During the 1948 Democratic and Republican National Conventions, he had to interview attendees and politicians from the hallways because in that period black journalists were not allowed on the convention floors. Both of the conventions were held in Philadelphia.

In 1960 he joined the staff of the Philadelphia Evening Bulletin. He has also contributed to the newspaper’s Sunday magazine. In 1965 he began broadcasting at KYW Newsradio. He there was hired as one of its first reporters. He became a migrant worker himself after creating a five-part series on the lives of migrant workers in South Jersey. They (Migrant worker series) also won KYW Newsradio, the radio station’s first two professional’s awards i.e. Associated Press Award and the Sigma Delta Chi Award for Community service. In 1967 he joined KYW-TV. He there started working as a television host, a general assignment reporter, and educational reporter. During his career, he has received more than 300 awards. He is also awarded Emmy Award for four times. In 1996 he was introduced into the Philadelphia Broadcast Pioneers Hall of Fame.

In75, He moved to his former home on Washington Square with his family. He reintegrated their new home and turned his attention to the high crime and poverty suffering neighborhood. In February 2001 he retired from KYW-TV which is known as CBS 3. Before retiring he was named “Ambassador to the Arts” for the CBS television station.

“I’d been reporting on misery and suffering for 25 years. I felt there was more I could do just report after the fact. Why not roll up my sleeves and see what I could do?”- Malcolm Poindexter (1925-2010)

Unfortunately, we lost a very talented and skilled journalist on 30 March 2010 after he was treated at the Hospital of the University of Pennsylvania. He died due to difficulty from Alzheimer’s disease, just 4 days before his 85th birthday.