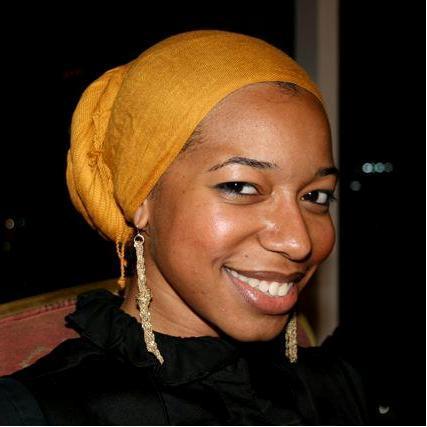 Malika Bilal is a broadcast journalist, widely known for co-hosting and digital producing the Emmy-nominated news talk show ” The Stream.”

Malika Bilal was born and raised in Chicago, United States. Her primary and secondary education was also held in Chicago. She grew up hearing about All Things Considered and Morning Edition on NPR during the long car drives to and from school along with her parents.

During Malika’s time at  American University, Malika used to work as a reporter and copy editor intern for Redeye Chicago in Chicago Tribune Media Group, where she created story ideas at the national and local levels for newspaper cover and inside pages.

Malika reported and wrote news and features on local government, health issues and lifestyles. She worked there from March 2005 to June 2005.

Then, Malika joined NPR  in Washington D.C. Metro Area in June 2005, where she served as an online editorial assistant. She researched, wrote and produced news and feature packages for npr.org website.

From January  2004 – March  2006, Malika became a part of Medill Magazine in Evanston, Illinois, working as a  reporter, alumni relations assistant. She worked as university beat reporter, wrote feature articles on students and faculty. She compiled and edited alumni news updates and coordinated events for members of national press outlets.

On June 2006, Malika Bilal joined  Voice of America in Washington D.C. Metro Area, working as an international news writer, where she researched and wrote broadcast news reports for a global audience of 115 million.

Malika Bilal gathered sound, wrote scripts for television and radio broadcasts and website and promoted from intern to employee within three months. She worked there until January 2009.

From February 2009 to 2012, Malika Bilal served as an online producer and assistant editor at Al Jazeera Media Network in Doha, Qatar, where she determined news agenda, assigned and edited news stories for Al Jazeera English website.

Malika deployed to cover Egypt’s first post-uprising elections and subsequent violent clashes and deployed as sole web journalist to determine coverage, report on 2010 Hajj pilgrimage. She promoted from producer to assistant editor within a year of joining.

Malika Bilal is currently working as a host and producer at Al Jazeera English since 2012  in Washington D.C. Metro Area. Her main tasks involve engaging and interacting with the show’s audience regarding the discussion that’s happening on the program. Malika Bilal is in charge of controlling the audience’s engagement and asking guests any questions they may have.

Malika Bilal co-host and produce content for “The Stream,” an Emmy-nominated interactive news talk show and connect with diverse audiences on social networks to source stories from around the globe. Malika Bilal facilitates vibrant roundtable discussions and interviews with a panel of guests for a live TV show.

It’s never ever planned but something about hosting @AJStream together brings out the similar shades in all of us #matchymatchy #streamstyle pic.twitter.com/zXDcv9hxS7

There is lack information available regarding her secret life whether Malika Bilal is married or dating someone. Her initial relationship is in the perfect shade.

Malika Bilal is one of the well-established journalists, co-hosting ” The Stream” on Al Jazeera English Channel.  Mostly her income source hails from her hosting career and endorsements work. Malika Bilal is active on social networking sites, where she has posted different types of rings and necklace.

Malika Bilal is living a luxurious life and her estimated net worth to be around million.