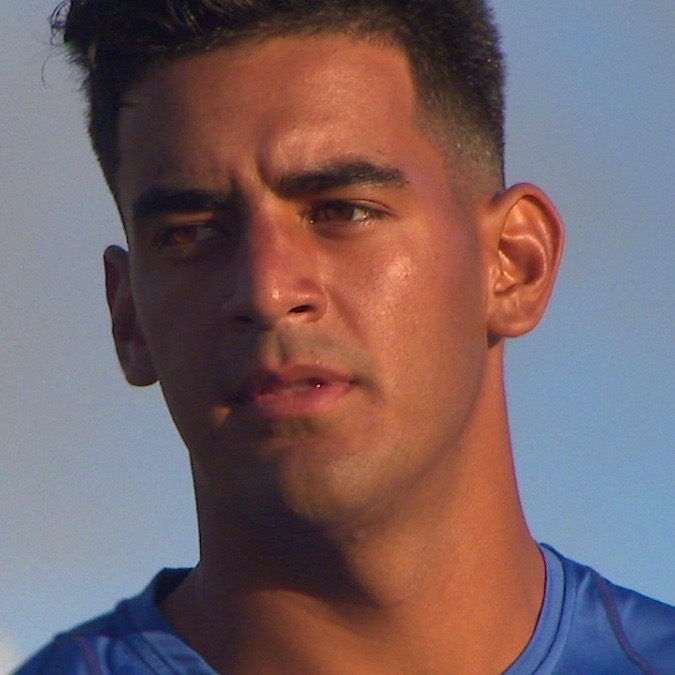 Marcus Ardel Taulauniu Mariota is a professional footballer who is well-known for winning the Heisman trophy and Tostitos Fiesta Bowl MVP. He plays for the American football team, Tennessee Titans of the National Football League as a position of quarterback wearing a jersey number of 8.

Aged 23, Marcus was born on October 30, 1993, in Honolulu, Hawaii, the United States. He was gifted to a beautiful and small family, Toa Mariota, father, and Alana Deppe-Mariota, mother. Similarly, he grew up along with his brother named Matt Mariota. Regarding his nationality, Marcus is American and is of Samoan descent.

In the first place, Marcus completed his elementary education at the Saint Louis School before joining the University of Oregon. During his time at Saint school, he played several football games where many people appreciated his talents. Thus, he was also given the name of Interscholastic League of Honolulu Offensive Player of the year and PrepStar Magazine All-West Region.

Similarly, At the University of Oregon, the talented Marcus played for the three seasons 2012, 2013, and 2014 before making his professional career debut. There, he was one of the rising players on the team. Throughout his college career, Marcus won various titles such as

Marcus Mariota started his professional football career after American football club, Tennessee Titans picked him in the 2015 NFL draft. Since then, he has been serving for it. Currently, he is one of the notable players of team Tennesse Titans.

Award winning, Marcus Mariota previously dated a beautiful girlfriend, Nicole Watase. The couple met each other at the University of Oregon. During that time, Nicole Watase was a cheerleader for the team. However, the turn came into their life which led them to separation.

Currently, Marcus is dating a gorgeous woman named, Kiyomi Cook. The boyfriend and girlfriend are spending a quality time as they are often spotted at several places hanging out. The couple looks perfect together and besides their relationship, they have not involved in other relationship. Seeing their love affairs, the couple might get married soon but till date, they have not disclosed any information about it.

Hardworking and talented, Marcus earns a significant amount of salary from his football career. As of 2017, his exact net worth and salary is under review but being a professional football quarterback, he might be earning money in millions of dollars.