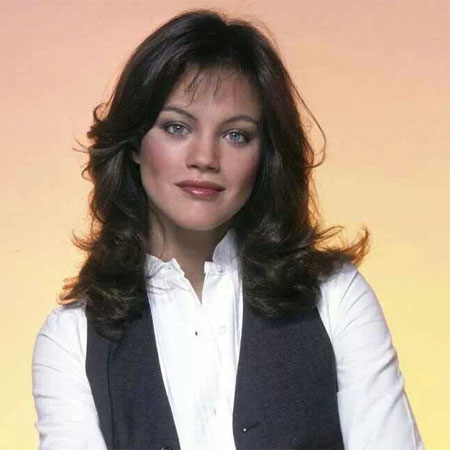 Maren Jensen is a former American model and actress. She is mainly known for playing Athena in the television series, Battlestar Galactica. Similarly, she is also one of the main characters of the series, Fantasy Island and The Love Boat.

Maren Kawehilani Jensen was born on September 23, 1956, in Arcadia, California to a Los Angeles Zoo’s secretary, mother, and physician, father. She is a middle child with a sister, Kathleen Jensen, and brother, Dana Jensen. The gorgeous and talented, Maren attended the Herbert Hoover High School before joining to University of California, Los Angeles. She graduated from UCLA with a major in Theater Arts and Law.

An American actress, Maren Jensen first stepped into the modeling career. As a model, she featured on the covers of famous American magazines such as Vogue and Mademoiselle.

Later, Maren made an appearance in the two network commercials and right after that, she had a role in the television mystery series, The Hardy Boys/Nancy Drew Mysteries as a role of Maryann Dalton.

Maren has made multiple onscreen appearances including Battlestar Galactica, The Love Boat, Deadly Blessing etc. Besides that, she appeared in the music video of the American singer-songwriter, Don Heley’s Not Enough Love In the World in 1985.

Battlestar Galactica actress, Maren Jensen was married to John Kugelberg but reportedly separated. They kept their relationship very private including their marriage and separation date. Neither, the couple has shared any photo together.

Jensen was also in the relationship with a singer-songwriter, Don Henley. After working for several years together, the couple got engaged in 1985. However, their relationship could not last for longer period.

They separated in 1986 but kept supporting each other. In the 1990s, Jensen assisted Henley to establish the nonprofit organization, Walden Woods Project which runs a variety of educational programs for students and the general public.

61 years old, Maren Jensen currently seems to be living a single life. She might be spending her retired life luxuriously as she has also stopped appearing on the screen.

Maren Jensen collected a handsome money from her acting career. Her multiple onscreen appearances had increased her net worth. As of 2017, her net worth is under review but as per her popularity, her net worth might be more than million dollars.