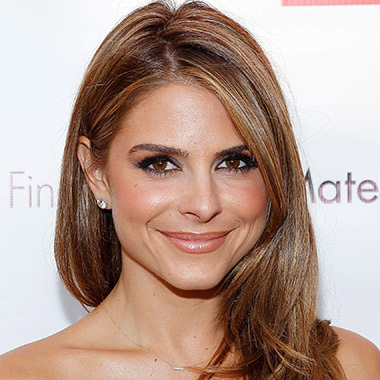 Maria Menounos is an American journalist, television host, and actress. She is also a professional wrestler. She is mainly known as a TV correspondent for Extra, Today and Access Hollywood.

Maria was born on June 8, 1978, in Medford, Massachusetts, United States. She was born to Costas and Litsa Menounos. Her parents were Greek immigrants. When she was 13 years old, she was an employee of Dunkin’ Donuts. She worked there until the age of 19. She studied at the Dormition of the Virgin Mary Greek Orthodox Church. She then attended the Medford High School. She studied at the Boston’s Emerson College and graduated from there in 2000.

She started working for Channel One News as a reporter. Her work includes interviewing President George W. Bush and NATO aircrew member’s interview . In 2002 she was hired as a correspondent for Entertainment Tonight. She was offered a hosting gig for ET on MTV and VH1. In 2005 she left the program and started focusing on her acting career. She co-hosted a few episodes of the Today show. She appeared on the November 30 episode of Punk’d in 2003. She also appeared in an episode of the series One on One in 2004. She played the character, Glenda. She appeared in the comic book film Fantastic Four in 2005. She also did voice job in the 2005 Electronics Arts video game “From Russia with Love”. She became the spokesperson for Pantene hair products. She had recurring roles on the program Without a Trace.

She also acted as Jules in the second season of One Tree Hill. She also appeared in the episode “My Extra Mile”. She appeared in the Jessica Simpson’s music video “A Public Affair” in 2006. She starred in Kickin’ It Old Skool on April 27, 2007. She also hosted the reality game show Clash of the Choirs from Dec 17 to Dec 20, 2007. She hosted Hollywood Green in 2008. She had a role in Tropic Thunder in 2008. She also starred in the celebrity softball game at Yankee Stadium on July 13, 2008. She also hosted The Real World and The Challenge from 2009 to 2012. In 2008 she appeared in Knight Rider series episode “Fly By Knight”.

She joined Nancy O’Dell in guest hosting WWE Raw on October 12, 2009. She made her ring debut in a six diva tag team. Her team won the match. She teamed up with Alicia Fox, Kelly, Kelly and Eve Torres and fought against The Bella Twins and The Divas of Doom on December 11, 2011. They won the match. In 2014 and 2015 she hosted the WWE Hall of Fame red carpet pre-show

Since April 1998 she is in a relationship with producer and director Keven Undergaro.

Maria Menounos, the founder of the charity “Take Action Hollywood!” has an estimated net worth of $7 million dollars.

Menounos, whose body measurement is 34-23-36 inches, has acted as the Masters of Ceremony for the First Annual Los Angeles CureSearch Walk for Children’s Cancer held at the Rose Bowl in Pasadena, California on October 24, 2010.

In 2004 she was listed as one of the “50 Most Beautiful People” in FHM magazine and People magazine. She was awarded the Madden NFL Pro-AM MVP award on August 8, 2010. In the same year, she won MadTv’s Smokin Hot TV Personality Award.