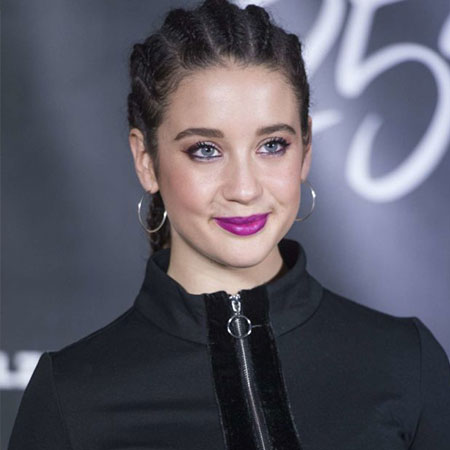 Maria Pedraza is a versatile entertainer who became a model and actress. She dedicates her time for both small and silver screen.

Likewise, she is known to make her movie debut in the 2017’s Amar. She also was the cast in the series La Casa De Papel.

Maria Pedraza started her professional career in the year of 2017 as she was recognized by the director Esteban Crespo from Instagram. Later, he hired her to play the leading role in his movie, Amar. Coincidently, she also got to portray as Alisson parker in TV series The Paper House.

You might also love to read about Park Jin-Young

As of 2018, she is a part of two TV series, The Paper House and The Elite. However, she hasn’t revealed anything about her salary yet. Likewise, there is no detailed information regarding her assets. But as in 2019, we can speculate her net worth to be around $1 million. She is likely going to add more to her net worth in the future as she is just a rising star.

Maria Pedraza was born on 26th January 1996 in Madrid, Spain. She is of the Spanish nationality and of Hispanic ethnicity. Her birth sign is Aquarius. She hasn’t revealed anything about her childhood and parents yet.

Maria graduated from the Royal Conservatory of Dance Mariemma. She became known to the audience in 2017 after being brought to the limelight by Esteban Crespo. Likewise, she has worked in a few projects until now such as Si Fueras Tú (2017), Loving (2017). and La Casa de Papel (2017).

Maria Pedraza has a massive fan following and it is no wonder people are curious about her love life. It is known that she is in a relationship. Who could the lucky guy that won the gorgeous lady’s heart?

The lucky guy is that is in Maria Pedraza’s heart is no other than her boyfriend, Pol Monen. In case, you aren’t familiar with the name! He is an actor well renowned for Unauthorized Living, Your Son and loving. However, the duo hasn’t married yet.

You might also love to read about Emma Watson

Both Maria and Pol are caring for each other and it is speculated their relationship is strongly bound. Likewise, there is not a single rumor about them splitting up.