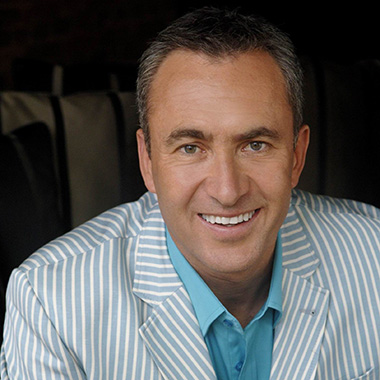 Mark Beretta is best known as American Journalist and is more likely famous for his coverage of Olympic games and hosting the another great quiz show named The Master. Mark is also famous for running the Morning show in Seven Early News. Mark was born in 1966, 16 June in Geelong, Victoria, Australia. Though there is not much account of him as for how he was in his childhood, he graduated from Swinburne University, Melbourne with Engineering Degree and went to St. Joseph’s College.

The official career of Mark Beretta began when he started working for BHP and Honeywell. In the year 1989, he was appointed as a media reporter in Geelong radio station 3GL. Mark is also known for water-skier as he is the 10 times Australian Champion of the sports which also help him to lead his career in sports news center. He moved to Triple M Melbourne after the year 1989 and began sports broadcasting all over Australia in correspondence with NBL and Network Ten. The turning point came in Mark Beretta bio and life when he was offered from Seven Network with a handsome net worth and jaw breaking salary. He is still engaged with Seven Networks and run the program Sunrise and Seven Early News.

Besides his influential career in media broadcasting, he himself serves as a sportsman and has high interest in writing as well. In the year 2010, October Beretta published the book named “The Rider – Australia’s Motorcycle Champions” with the help of publication HarperCollins. The book gives the detail idea and inside reviews of the world motorcycle racing along with the collection of the stories of 24 greatest Australian motorcycle racers.

Moving towards his personal life history, He has kind of sporty life. He has always been a fan of bike riding and matter of fact, he completed 1400 km Tour De Cure bike ride from Sydney to Mooloolaba in 10 days. He was on the tour to raise the money for good cause Cancer research and treatment. During his 10 days tour, he managed to raise $1.8 million dollars for the cause. Similarly, in the year 2011, he again went for the tour from Sydney to Melbourne and raise the amount of $2 million dollars. Seeing his active participation and good heart for the good cause, later he was appointed as the Board of Director of Tour De Cure. He also took part in 2010 Tour De Cure and covered the distance of 1656 Km from Brisbane to Mission Beach in consecutive 10 days and successfully raise $2.2 million for the same cause.

Likewise, he has won the Australian water ski championship in the year 1980 and has also engaged in coaching water skiing for the USA and Japan. Coming to his physical appearance and married life, he stands almost 6 feet tall and has a good physical structure. Likewise, he is a happily married man and has been with his wife Rachel for a long time. The couple together shares two children Ava and Daniel with each other.