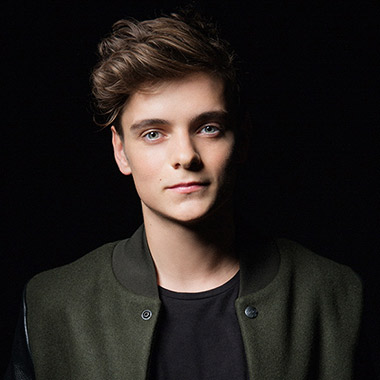 Martin Garrix is a very famous Dutch DJ as well as a producer. He is mainly known for the track Animals which was successful in securing a place in a Top 10 hit in more than 10 countries. In Belgium and the United Kingdom, it was placed at number 1 and it peaks at number 3 in Ireland. His single Wizard was produced with Jay Hardway which became successful in numerous countries.

Martin was born on 14 May 1996 in Amstelveen, Netherlands. His birth name is Martijn Gerard Garritsen. He started generating passion for music since he started playing guitar. After seeing DJ Tiesto playing at the Olympic Games in Athens, he had an interest in becoming a DJ. He was inspired from the track “Traffic” and he also downloaded the specialist software and started composing. He attended the Herman Brood Academy and have recently finished. Herman Brood Academy is a production school located in Utrecht. Martin uses GRX. He also has ghostwritten tracks for other artists.

He began his career by the song “BFAM” with Julian Jordan. He won SLAM! FM DJ Talent of the Year Award in 2012. He released his remix of “Your Body” on Christina Aguilera’s deluxe version of her album Lotus. The song was written by Savan Kotecha, Max Martin, and Shellback. He collaborated with TV Noise and released his track “Just Some Loops” on the album Loop Masters Essential, Volume 2. In 2012 he signed to Spinnin’ Records. Through the label, he released “Error 404”.

With Sidney Samson, he co-released “Torrent” on Tiesto’s Musical Freedom label in 2013. He became famous through his own solo release “Animals”. His solo was released on June 16 2013 on Dutch record label Spinnin’ Records. His solo became hit in a number of charts in Europe and he became the quickest and youngest person to reach the No. 1 spot on Beatport. His track also appeared on Hardwell’s album Hardwell presents ‘Revealed volume 4’. He released a remix of Project T by Dimitri Vegas, Sander Van Doorn and Like Mike on September 30 2013 which quickly hit No. 1 o the Beatport charts. He became successful to list himself as a new entry at number 40 on top 100 DJ’s list 2013. In 2014 he was listed at number 4 on DJ mag’s top 100 list. He signed a deal with Scooter Braun’s Scooter Braun Projects in November 2013. With Jay Hardway, he released “Wizard” in December 2013. In Belgium the song has peaked at number 6 and in the Netherlands it peaked at number 17.

HIS MUSICALITY CONTINUES TO CHERISH

He collaborated with Firebeatz and released “Helicopter”. For two weeks, “Helicopter” was successful to place at No. 1 on the Beatport Top 100 charts. He then performed at Ultra Music Festival 2014. He there debuted several of his new and unreleased tracks. He also debuted with the collaborations with Hardwell, Afrojack and Dillon Francis. He then released “Proxy” in 2014. His fans can download it free on Soundcloud as he gave his fan a gift for a great year in 2013. He then released a song with MOTi titled “Virus (How About Now)”. He also collaborated with Afrojack and released “Turn Up the Speakers” which premiered at Ultra music Festival.

He released the track “Forbidden Voices” early in 2015. He also released the single “Don’t Look Down” featuring Usher On 17 March 2015. The track was written by Busbee, Garrix, and James ‘JHart’ Abrahart. He also released a track with Tiesto on May 4 2015 titled “The Only Way Is UP”. DJ Avicii released a lyric video “Waiting for Love” co-produced by Garrix. It was released on May 22, 2015.

His style of music has attracted many people that made him earned fortune and fame. As of 2016, Martin Garrix has a net worth of $14 million dollars.