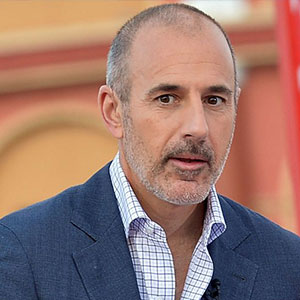 Matthew Todd Lauer, popularly known as Matt Lauer, is an American television news anchor who co-hosted NBC’s Today show and was a contributing anchor for Dateline NBC. His contract with NBC was terminated after he was accused of inappropriate sexual behavior by a colleague of his.

Matthew Lauer was married twice but both the marriages were a failure which ended into a divorce. He was one of the best and highest paid anchors on TV and before his contract was terminated, he used to earn an annual income of $20 million annually from his job.

Matthew Lauer had a very successful career as a news anchor. He is smart, charming, dedicated, hardworking, tv host who knows how to do his job in the best possible manner, and also knows how to keep his viewers coming for more. These qualities made him a very valuable employee in the NBC and he was paid a very handsome salary.

During his long journey as a news anchor, he amassed a total net worth of $80 million. These days it is reported that he is trying to find ways to increase his net worth.

Lauer house in New York Upper East Side is the same building in which Bernie Madoff once lived in. He lives there during normal weeks. He also has a $3.3 million worth North Haven estate, and a 40-acre horse farm. 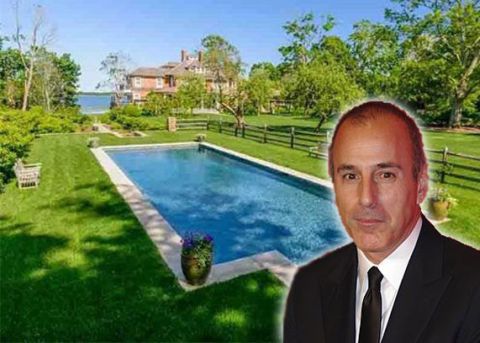 Lauer is also passionate about motorcycles and these days he is seen riding his newly bought Harley-Davidson.

Lauer first marriage was with Tv Producer Nancy Alspaugh. They got married in 1982 and split up in 1989. They do not have any children together. The reason for their break up is not yet made public.

Lauer met his second wife Annette Roque on a blind date during 1997. They carried on with their affair for a few months and then Lauer proposed her. Her reply was affirmative and they tied their knots on October 3, 1998, in Water Mill, New York. 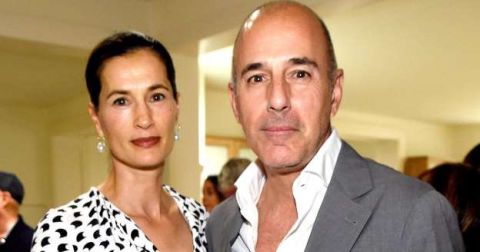 Their relationship was going on smoothly and they were having a happy married life. In the due course, they begot two boys (Jack, Thijs) and a girl (Romy), totally three children which added more values to their relationship and to their life.

But their life took a wrong turn when Lauer was accused of having an inappropriate relationship with one of his colleagues. The incident shattered their happy relationship and the situation got worst when his wife filed an application for divorce against him in January 2018.

According to reports, Annette withdrew the application for divorce and now their relationship has gone back to normal.

Matt Lauer was born on December 30, 1957, in New York City, U.S. to Marilyn Lauer and Jay Robert Lauer. His father was a bicycle-company executive and his mother was a boutique owner. His parents got divorced when he was young. He has one younger sister April Lauer Stone.

Matt Completed his high school from Greenwich High School in Greenwich. After completing school, he enrolled in Ohio University’s Scripps College of Communication, School of Media Arts and Studies. He did not complete his college education and dropped out in 1979. 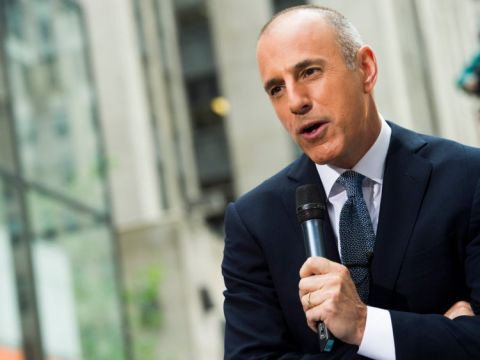 His passion for education found a way and even after a gap of two decades he completed his college education and earn a degree in 1997 from Ohio University.

Lauer during his early years of career worked with different television networks. He started his career as a producer of noon newscast for WOWK-TV in 1979. In 1980 he worked as an on-air reporter for the station newscasts. He became the host of PM Magazine and WNEW-TV.

Furthermore, He co-hosted the show Made in New York in 1985, and ‘Fame, Fortune, and Romance’ in 1986. He moved to Boston in 1988 and hosted WNEV-TV’s Talk of the Town. He again returned to New York and Worked in WWOR-TV network’s Broadcast Plaza for a brief period of time.

During 1990 he was host to a pilot show called Day In Court. The program was retitled to Trial Watch and it was broadcasted for two seasons. He also filmed a plot on the World Wrestling Federation’s program in the same year. In 1991 Lauer appeared as co-host of ETC., ETC. 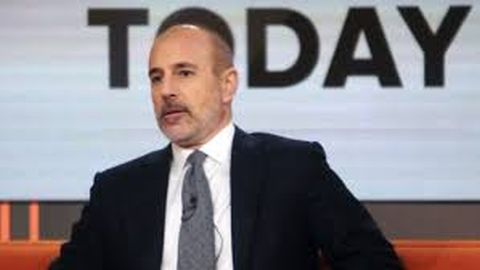 From 1992 to 1996 he worked on WNBC network’s show Today in New York, and also worked as a substitute in Live at Five. Due to his good work at WNBC he got the position of a newsreader on The Today Show from 1992 to 1993.

After his probation period, he joined The Today Show as a fulltime worker and at the same time also co-anchoring Today in New York and Live at Five.

Lauer co-hosted Weekend Today, NBC News at Sunrise, NBC Nightly News for few years. He substituted Bryant Gumbel on the Today Show and became the official co-anchor on January 6, 1997. He hosted the show until 2017 before he was dismissed from the show for the case of a sexual allegation.

Matt Lauer faced the charges of inappropriate sexual behavior from his colleague whose identity has been kept confidential. Laure was accused of taking advantage of his authority and establishing an inappropriate sexual relationship with her. Further, he reportedly threatened her that she would lose her job if she did not accept his proposal.