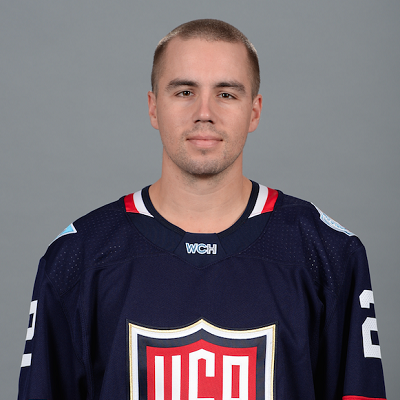 Matt Niskanen is a professional American ice hockey defenseman famous for Washington Capitals of NHL. During his college days, he played the hockey for the college team, University of Minnesota Duluth. He even won the All-WCHA First Team award.  After his college hockey, Dallas Stars drafted him in the first round of 2005 NHL Entry Draft.

Matt Niskanen was born on December 6, 1986, in Minnesota, the United States as the only son of Linda Niskanen and Chuck Niskanen. Niskanen attended Blue Devils for his early education.

He started playing hockey since his childhood and is also a member of the school team. After completing his school, he joined the University of Minnesota Duluth for his higher education in 2005. But after some years he left the college to focus on his hockey career.

Niskanen started playing hockey with the school team. Besides this, he also played for the Virginia/Mountain Iron-Buhl boys’ hockey team. Niskanen helped his school team reach the first state high school tournament appearance. During his sophomore season at UMD in 2006–07, he played thirty-nine games. 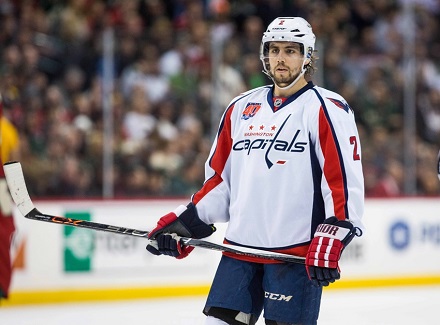 After his UMD seasons, he left his college to focus on his career. However, he signed a three-year NHL deal with Dallas Stars for the 2007–08 season and made his debut for the club on October 3, 2007, against  Colorado Avalanche. But he recorded his first NHL points in the match against Boston Bruins with two assists. He scored his first NHL goal against San Jose Sharks on October 29, 2007.

Within a short period, he was able to be the favorite and valuable player of his team. Later on February 21, 2011, he moved to Pittsburgh Penguins along with James Neal in the exchange of Alex Goligoski. He made his first multiple goals during the  2013–14 season against Nashville Predators. After the 2014 season, he left the club. Later on July 1, 2014, he signed a new seven-year deal with Washington Capitals for $40.25 million.

Matt Niskanen is a married man and is the father of two children. He married wife Katie Niskanen in 2014. This couple also has a son and a daughter but kept the details of his children away from media and paparazzi. 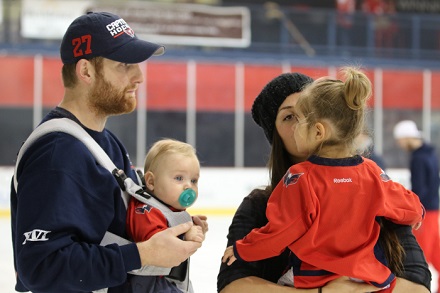 Niskanen is a caring husband as well as a father. Despite his busy schedules, he still manages to spend quality time with his family. He often makes appearances in public along with his family.

This couple is happily enjoying and maintaining their family life. So there are fewer chances of their divorce. Besides this, there are no records of his other affairs. Niskanen is an American by his nationality, and his ethnicity is white.

Looking at the living styles and his personality, it is sure that Niskanen has a good net worth and salary. Well, his current estimated net worth is $18 million and salary $5.7 million. Moreover, on July 1, 2014, he signed a seven-year deal with Washington Capitals for $40.25 million.