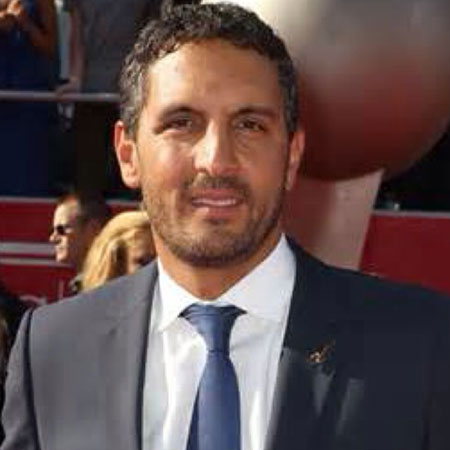 Mauricio Umansky is a real estate agent who came into limelight as the husband of RHOBH star, Kyle Richards. He is the one who took the real estate world by storm with his skillful work and excellent dealing ability.

Umansky is a married man and has been together with his wife Kyle for 22 years now. The love between them sparked more and more with each passing year and the moment they shared together.

Mauricio Umansky was born on 25th June 1967 to Estella Sneider and Eduardo Umansky. His mother is a psychologist and sex therapist while his father worked at Hilton & Hyland before joining The Agency. He is a native of Mexico while moved to the United States when he was six.

Umansky is of Russian and Greek Jewish descent. He was diagnosed with neutropenia right after his birth and had to visit hospital quite often due to his weak immune system.

Umansky began his career in the business field with a clothing company entitled 90265. Later, he sold it and started working as a real estate agent at the luxury real estate firm, Hilton & Hyland.

Garnering the required experience of about 10 years from the real estate he founded his own company The Agency in 2011. He also served as the Chief Executive Officer of the company. The company is #1 in the city for per agent production while controls proximately 17% of L.A. market share.

Furthermore, he has made his appearance as a guest real estate expert in top level shows like FOX Business followed by NBC’s Today Show, ABC’s Nightline, and E! News. Likewise, he was seen in Beautiful Homes & Great Estates and Million Dollar Listing Los Angeles.

He appeared as a mentor to his co-worker Brendan Fitzpatrick on E!’s Rich Kids of Beverly Hills. He is also the member of The Young Presidents Organization (YPO).

Moreover, Umansky has made a great contribution to several publications while being interviewed by different magazines including The Wall Street Journal, The LA Times, and Forbes Magazine on the regular basis. Likewise, he made his frequent appearance on the reality show RHOBH.

Umansky’s personal life is as successful as his career. He is happily wedded to the main cast of The Real Housewives of Beverly Hills, Kyle Richards since 20th January 1996. The duo first met in 1994 and eventually fell for each other.

Even though it was his first time taking the vow, the case was not the same for his beloved life partner. Richards already married once before tying the knot with Mauricio six year after her departure with her first husband, Guraish Aldjufrie. She has a daughter named Farrah from her first marriage.

As of now, the duo is blessed with three daughters named Alexia, Sophia and Portia together. Kyle changed her descent to Judaism after being linked with Umansky. He is living a blissful and contented married life with his wife and children in Bel Air, Los Angeles.

Umansky earns a whopping amount of money from his career as a real estate agent. He holds an astounding net worth of $30 million. He has maintained a high profile life and is enjoying his fortune along with his family.

Mauricio enjoys his free time with his family. He loves to travel and explore new places. He is equally involved in sports while often do regular exercise as he is concerned about his physical health and fitness too.