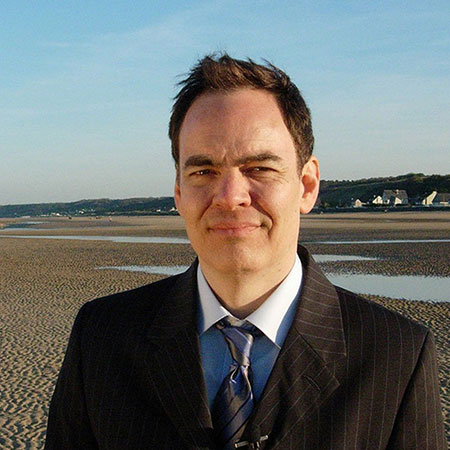 Timothy Maxwell, popularly known as Max Keiser is an American broadcaster, filmmaker, an entrepreneur, and also a philanthropist who currently hosts a financial news and analysis show named The Keiser Report on RT UK and Russian State RK network. He was the first one to come up with a show that covered Bitcoin, a cryptocurrency, during its initial phase.

Keiser is married to Stacy Herbert whom he met in 2003 and they are very happy in their marital life. She is also in the broadcast industry and works alongside her husband in The Keiser Report show on RT Network. Keiser has a net worth of $300,000.

Max Keiser was born on January 23, 1960, in New Rochelle, New York, United States. He studied theatre at New York University. The details related to his parents, siblings and the details regarding his school life is still unknown to the media and the public at large.

Max Keiser and his wife Stacy Herbert met each other on February 2003 and after continuing their relationship for nine years, they finally got married on November 2012. 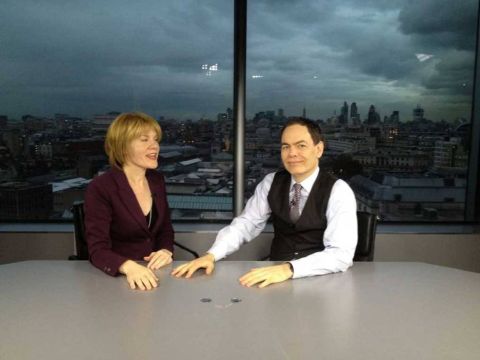 Stacy Herbert is also in the Broadway industry as a television presenter and producer. She is involved in various television programs and radio programs. She is also a CEO and Director of a blockchain-based crowdfunding company called StarCOIN Holdings Limited. She was listed at 3rd place in the 100 Most Influential Women in Blockchain by Richtopia in May 2018.

Max Keiser is also very popular on social media sites with 222,000 followers on Twitter and 65,178 followers on Facebook.

Max Keiser earns an annual salary of $50,000 per annum and has a good net worth, on the other hand, his wife Stacy has a net worth of $1.9 million.

Debuts this Sunday on @RT_com pic.twitter.com/KsZWjvwlZS

The salary earned by them and the society they socialize in gives us a faint idea about the house they live in and the cars they drive.

Max Keiser in his early days worked as a stand-up comedian and radio shows host. During 1980’s he worked as a part-time stockbroker.

Max created Hollywood Stock Exchange which is a web-based online game. It is a game in which players can buy and sell shares of Hollywood celebrities and other Hollywood Broadway personnel.

He later sold that game to Cantor Fitzgerald. He co-invented the Virtual Specialist platform alongside Michael R. Burns which allows traders to exchange virtual securities within the game.

Max presented a show Rumble at the Box Office for NBC Network’s show Access Hollywood. He also produced and hosted the weekly talk show for KLSX radio station named Buy, Sell, Hold. Currently, he works in a radio program named The Truth About Markets on Resonance 104.4 FM in London.

Max produced 10 short documentary films which cover the details of financial markets for Al Jazeera’s series People & Power. In addition, he produced a series for Al-Jazeera English network named The Oracle. BBC broadcasted ten episodes of the show but Keiser left BBC, halfway into the show when he was asked not to mention Israel in the series under any context.

Max was in the show titled On the Edge in 2009 for a brief period of time. In September 2009 he became the host of The Keiser Report on the RT network. The program is now translated into the Spanish language as well.

Max with his wife, hosts a weekly economics program named Double Down on Radio Sputnik, also presents news about finance and market for London’s Resonance FM. Moreover, he writes for The Huffington Post.

Max gives suggestion to people related to financial gains and other issues related to finance. And one time he advised people to buy gold and mainly silver in order to undercut ‘the banksters’.

He blamed JPMorgan & Company of being a financial terrorist and started a campaign ‘Crash JP Morgan-buy silver’ and it is assumed that it helped in raising the price of the silver. He was highly appreciated by Adweek magazine for his campaign.

Max collected hedge fund Karmabanque in order to pressure the commercial organization to take a good approach while producing goods and services without causing an adverse effect on the environment.

A short film named Extraordinary Antics helped to provide justice to an Egyptian citizen who was being tortured by the CIA authority Robert Seldon Lady in an inhumane manner.

Max Keiser was living in London and he vowed that he would return to the U.S. if president Trump gets elected and he kept his promise and when President Donald Trump got elected he returned back to the United States.