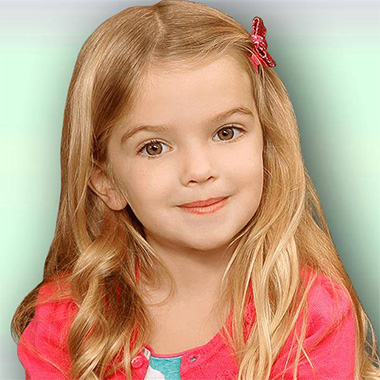 Hollywood has always been the fascinating place for most of the people living on the planet earth. The majority of people are dying to get into Hollywood while there is some lucky born who just get into the Hollywood without being aware of. You might have the idea what I am talking about, yes it’s kind of born with a silver spoon, however, and the story of Mia Talerico is quite different. Mia Talerico bio includes her birth date as 2008, September 17 in the place Santa Barbara, California to Chris and Claire Talerico.

Born in the simple family with an ordinary family background, she was first spotted into highlights when she was just only eleven months old. She is now regarded as the fastest growing child actor and tomorrow’s future superstar or hot model. She was first noticed by the producers and casting directors Charlotte Duncan and immediately cast in the lead character role of Disney Channel’s series Good Luck Charlie which is one of the highly acclaimed and rate series of Disney. Out of the hundreds of children and twins children, she became the first one to pick up for the role, kind of lucky I would say.

With her growing age, she has been successful to win the hearts of millions of people, Duncan choice has paid well in the end. The show is the first debut of the charming growing beauty. According to the sources, the duplets child would be more appropriate for the show as there is a high chance of getting ill of one child whereas other children can fulfill the role. Likewise, American child policy does support the duplets case however with all these things in mind, the casting producers decided to take Mia instead of other children. The producer declared that it is one of the high risks that they have ever taken by hiring the sweet little child. Just like the saying no risk no gain, now Good Luck Charlie is on new height and the credit literally, goes to the innocent Mia Talerico.

The show Good Luck Charlie was first aired in the year 2010 and it’s currently in the fourth season. Describing the ordinary child behavior, the producer claimed that Mia Talerico is a very talented and obedient actor. She has bypassed all the excluded things that every ordinary child do during their childhood. With the show, Mia is also growing up while analyzing her personal behavior she is more likely to catch the word and phrases that are into the show.

Coming back to her personal life, she is growing up as one fine and beautiful lady. Just like the other children, she is growing very fast and adapting to the Hollywood lifestyle. However, their parents have been pretty much successful in hiding their private lives very well. Having the fair complexion and blonde hair, people are just waiting to see young and gorgeous Mia Talerico and her future endeavors.