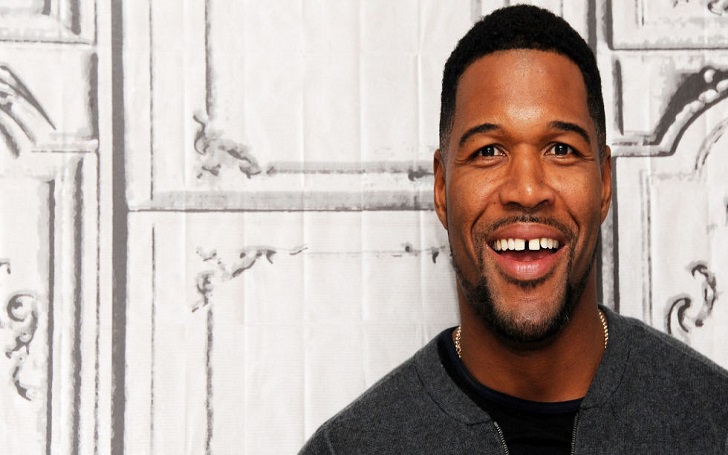 Your dream doesn’t have an expiry date, so take a deep breath and move on and follow the same method that Michael Strahan followed to escape from his past love and its agony. Know about his life and find out who he is dating right now?

As love has no obligations, Strahan is recently dating a girl with a past criminal history. We feel its all good because this story also tells that life gives another chance to everyone.

Michael was in headlines for his sudden exit from Live! With Kelly and Michael. So today we are going to clarify all about his dating partners, past relationships, and affairs, and also about his children. So, just stay with us for all on this issue.

About a year ago, American footballer Michael was sparkling a dating rumor with Kayla Ouick. Neither of them confirmed but the photo of them cozying up with eachother cleared up all the rumors. Let’s have a look. 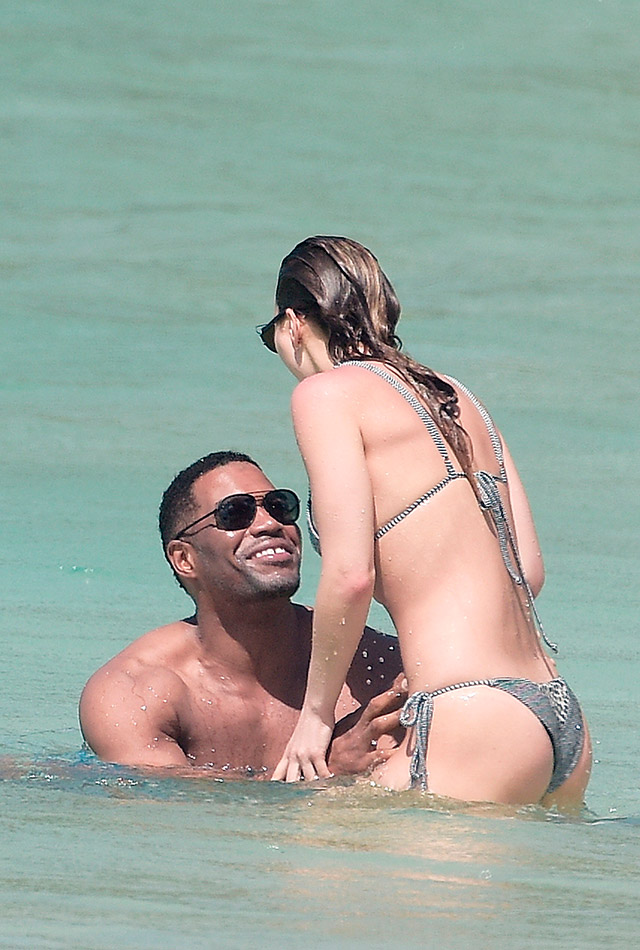 However, the couple denies to accept the rumor but they are seen in many places hanging out with each other. The couple was first seen at the Direc TV Super Bowl party in February 2015 and they were also seen having dinner together many times. 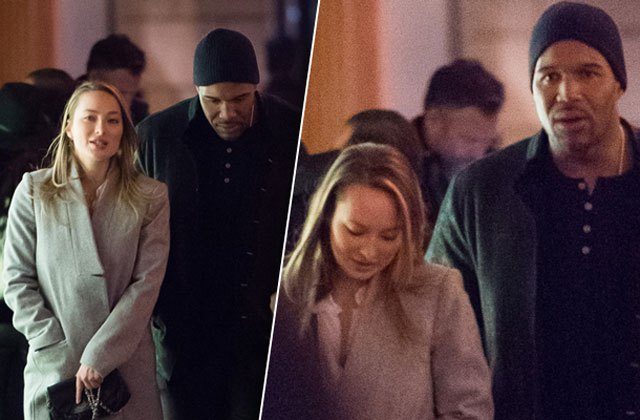 Well, they can be good friends for sure but the closeness is questionable at the same time. So, what do you think?

In an interview with Watch What Happens Live, he confessed that he was in a serious relationship but denies to give further more information about his partner.

You want me to give you a full name? None of your business. He further added, “You know one thing I’ve learned? The whole public relationship thing doesn’t work. So, I prefer to do my thing and live my life away from that. You’ll put too much pressure on it.

Is Kayla Quick a famous name in itself?

Weather be a rumor or a fact, before hanging out with Michael Strahan no one knew who Kayla actually was. But there is one news which reflects her criminal background, which says that she was first arrested at the age of 14 for disorderly conduct after getting into a fight in her hometown Port Charlotte. 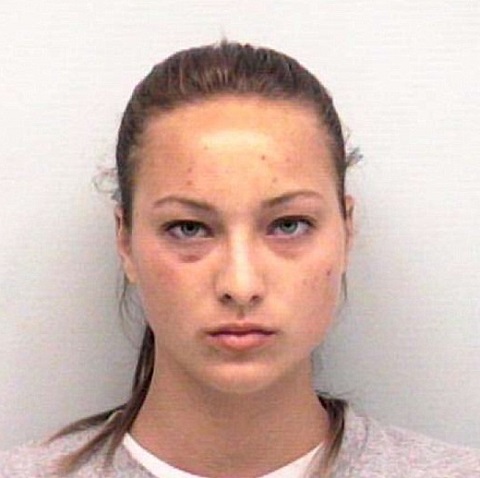 Kayla Quick was charged with grand theft in 2005 when she was 18, Source: daily mail.com

It was not the end, she broke into her grandmother’s home and stole $6,000 worth jewelry and reportedly, she ended up confessing the crime.

Their relationship is known by everyone but yet not been confirmed by the couple themselves. If they want to hide then let them do it, and we shall pretend that there is nothing going on between them. So, on this note, do you wanna know about Michael past marriage? We hope you do! So, let’s start the unsaid.

Micheal was first married to Wanda Hutchin in 1992 in Germany and they were blessed with two kids: son Michael Anthony Strahan Jr. and a daughter Tanita Strahan. 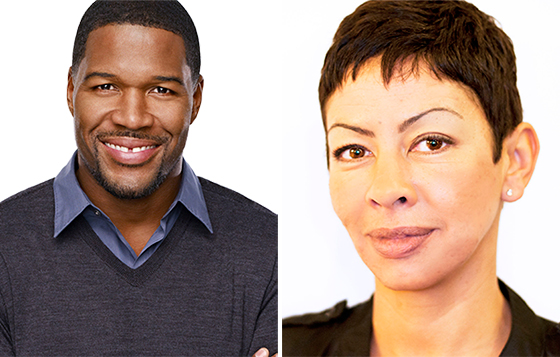 In the year 1996, they separated without sighting any specific reasons behind their differences leading to divorce.

Then, Michael again met another Diva, Jean Muggli at an Spa in Manhattan and in 1999, they got married. He has twin daughter: Sophia Strahan and Isabella Strahan with her as well. 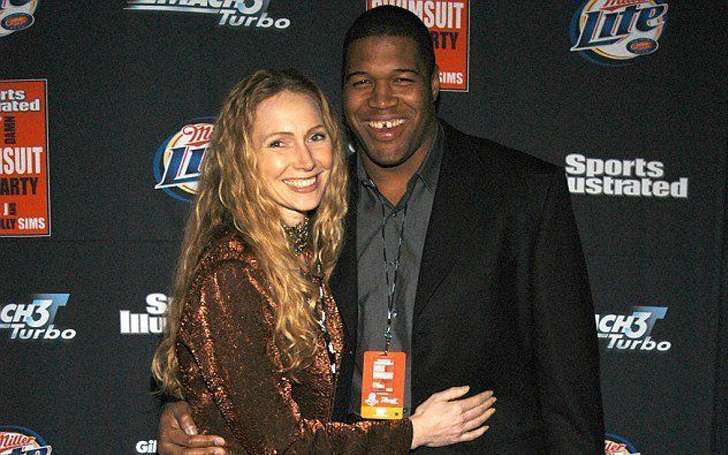 But his second marriage also ended on a sad note. Sadly enough, the couple separated in 2006 as Michael was accused of many things which weakened their trust and led the couple towards their divorce.

However, Michael got a divorce with Wanda Hutchin and Jean Muggli but had a very good relationship with his kids. Let’s have a look.

After another divorce with Jean, Michael was seen with Nicolle Mitchell and they got engaged in 2009. 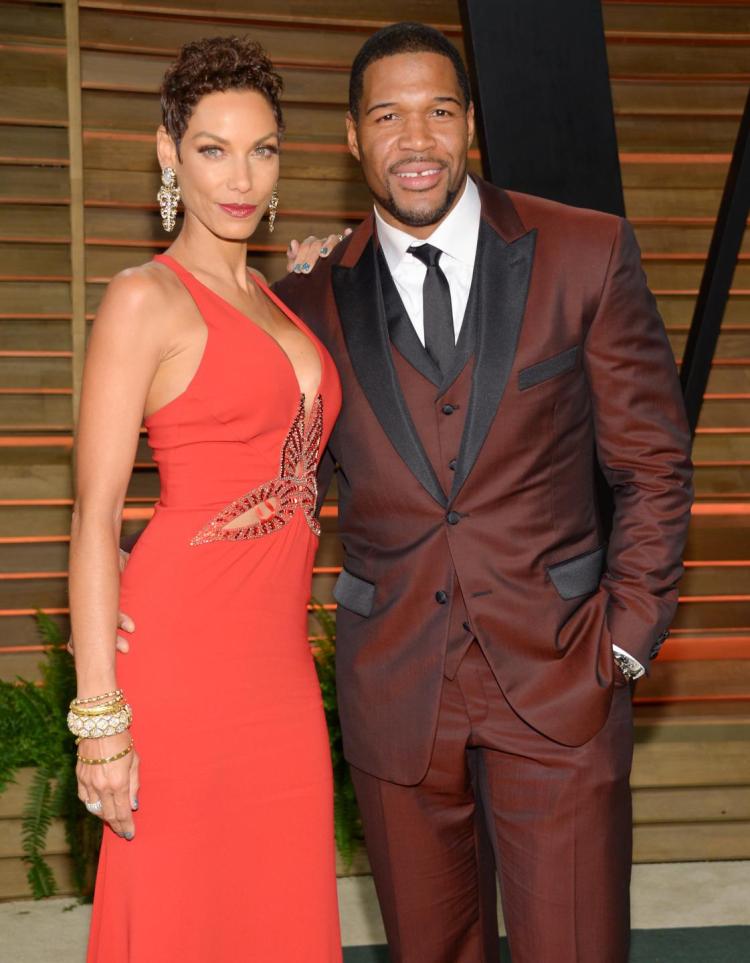 But unfortunately, after 5 years of their engagement, they separated because of their busy schedule.

So we think that you are all clear about the past relationships of Michael. Whatever might have happened in past, Michael and Kayla seem happy with each other now. Our best wishes are always with them. For more crispy gossips stay with Dodoodad.