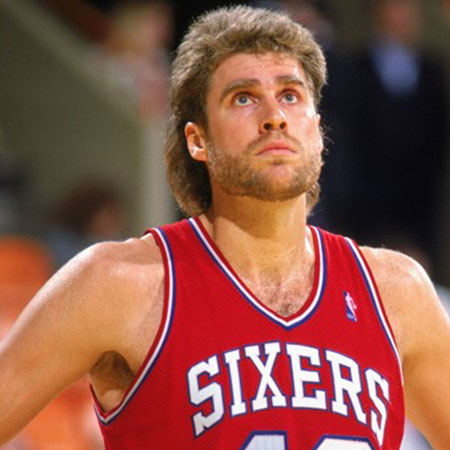 Mike Gminski is a former American basketball player who played in the National Basketball League (NBA) for several teams like Milwaukee Bucks, Charlotte Hornets, Philadelphia 76ers, and New Jersey Nets etc. He played college basketball for the Duke Blue Devils and was drafted in the first round by Nets in 1980.

Gminski, who currently serves as a college basketball TV analyst for CBS Sports, earns about $50,000 annually with the net worth reported to be about $2 million as of 2019. He was married to his wife Stacey who he divorced in 2013. The couple together has a son named Noah. Let’s get to know the former NBA star’s life event in the below narrated wiki.

How much is Mike Gminski’s Salary and Net worth?

As of 2019, Mike Gminski has an estimated net worth of about $2 million. As a player, he earned an average annual salary of around $300,000 with the career earnings reported to be $5 million.

Mike Gminski was born as Michael Thomas Gminski on August 3, 1959, in Monroe, Connecticut. The great-grandson of a Polish immigrant from Karkow, Mike attended Masur High School.

His parents encouraged him to play tennis, baseball, basketball, and football. He soon became one of the best high school basketball players.

After his high school graduation, Gminski chose Duke University and started playing for the Blue Devils team under coach Bill Foster. He was the highest point scorer in his junior and senior years and was also named the ACC Player of the Year in 1979.

He graduated from Duke with the degree majoring in history. In his honor, Duke retired the no. 43 jersey.

Mike Gminski was picked seventh overall in the first round by New Jersey Nets in the 1980 NBA Draft. He played 8 seasons with the Nets from 1980 to 1988 and joined Philadelphia 76ers. After 3 seasons, Gminski then moved to Charlotte Hornets in 1991.

After three seasons with Hornets, he joined Milwaukee Bucks in 1994 and took retirement the same year.

Gminski wore no. 42 jersey throughout his NBA career but got the no. 43 jersey in his last 10 NBA matches.

Mike Gminski married his former wife Stacey Anderson in around 1980s. The couple met each other at the Duke University where Stacey was an All-American swimmer.

However, after 3 and half decades of a marital relationship, they got a divorce in 2013.

Gminski’s cold relationship with his former wife was also mentioned in the book entitled”100 Things 76ers Fans Should Know & Do Before They Die” by Gordon Jones and Eric Stark.

The couple together has a son named Noah Gminski. Unlike his father, Noah is a football player and plays as an offensive lineman for the Christ School.

The former Nets center then started dating Sarah Culpepper in 2013 and was engaged to her after a year in 2014. Unfortunately, his fiance Sarah passed away at the young age of 32 on February 15, 2015.

On her first death anniversary, Mike posted a photo on his Instagram and captioned:

Mike Gminski also posts photos with his son Noah quite often on his Instagram.