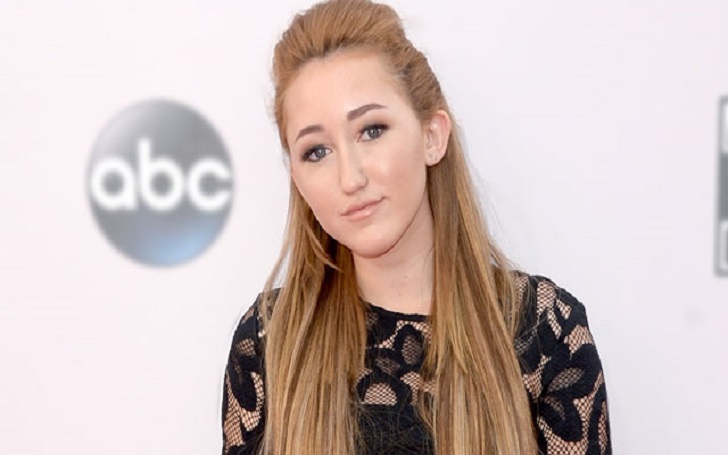 The new singing sensation with the hits singles “Make Me Cry” and “Stay Together“-Noah Cyrus has made her entry in the entertainment industry. The 17-year-old singer has been nominated for the MTV VMA Best New Artist Award.

Noah is the younger sister of a mega superstar, Miley Cyrus and she is making her own way into the spotlight. We’re back again with some facts about Noah Cyrus which you didn’t know. Stick with us.

Noha Cyrus is an American singer and actress. She began her acting career at the age of 2. And if you remember the film Hannah Montana: The movie, she was a background dancer and also played small roles in the six episodes of the Disney Channel Original Series Hannah Montana. And here are some facts about Noah Cyrus which you should know.

2. Noah released her first singles at 16

“Make me Cry” was Noah’s debut singles. The song was released on November 2016. And she is not just singles but successful ones.

In an interview with Billboard, she revealed:

“I was in pure shock and didn’t know how to handle it. The day the song came out, the morning of, I was getting all these great responses, and I looked at my mom and said, ‘I finally did it. It’s out.’ My mom cried. It was a very emotional moment.”

3. Noah doesn’t bother while comparing to her sister

Miley is one of the biggest pop stars in the world. And while comparisons have already been made but that all doesn’t bother her young sister. Noah said:

“We’re going to be told that we sound alike, I’ve been expecting that. It doesn’t take me by surprise, and it doesn’t bother me.”

In an interview with Rolling Stone, Noah revealed that her sister has always shared sage advice with her. She said:

“Miley always says, ‘Don’t ever look yourself up or read your comments, ’cause you’re gonna see stuff that you don’t want to see.’ That’s the best advice ever. If it’s making me happy, then it’s working.”

Yes, Noah’s role model is Miley Cyrus. She is official following her big sister’s footsteps to be exactly like her. After signing a 6-figure record deal, Noah actually wants to be as popular as her sister Miley is.

Noah Cyrus Introduces the World to Mystery Boyfriend at the 2017 VMAs. The pair may just be friends at that point, but then, a couple of weeks later, Noah uploaded a different photo with the caption, “This sums up our relationship pretty well”.

She referred to Tanner as “my love” on IG and it seems like the romance is pretty serious.

So these were some facts about Noah Cyrus. We hope that you enjoy reading this. For more updated be with Dodoodad.com.