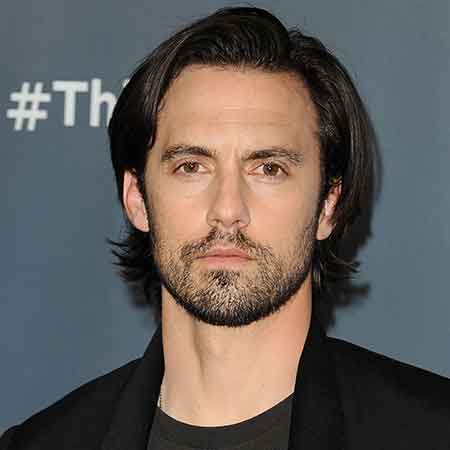 Milo Ventimiglia is an American actor better known for his role as  Jess Mariano on the television series Gilmore Girls.Ventimiglia is not married yet but he is currently dating his girlfriend Kelly Egarian.

Moreover, Ventimiglia was previously engaged to Jaimie Alexander. Similarly, he further dated Isabella Brewster, Hayden Panettiere, and Alexis Bledel. Ventimiglia currently plays the role of Jack Pearson in This Is Us.

Ventimiglia attended El Modena High School in Orange, California. At the age of eighteen, he studied at the American Conservatory Theater. Ventimiglia graduated from the University of California, Los Angeles.

Milo Ventimiglia made his acting debut through the series The Fresh Prince of Bel-Air in 1995. Ventimiglia gained a wide recognition for his role as Jess Mariano in the series Gilmore Girls. He starred in the series alongside Scott Patterson, Adam Brody and others.

Since 2016, he plays the role of Jack Pearson in the series This Is Us. Similarly, Ventimiglia made his movie debut through Boys Life 2 in 1997. More recently in 2018, he starred in the movie Second Act. Ventimiglia will be portraying the role of Denny Swift in the 2019 movie The Art of Racing in the Rain.

Milo Ventimiglia is currently in a relationship with his girlfriend Kelly Egarian. His girlfriend is a marketing coordinator for Stella McCartney. The pair began dating in 2016 however, as they were spotted spending their holiday together at  Venice Beach in December 2016.

However, the couple together attended the 2017 Emmys. They even danced together after the Emmy party. Ventimiglia and his girlfriend Kelly is happily enjoying their love life. As the duo is dating for long, they haven’t mentioned any plans of getting engaged or married.

On the other hand, Ventimiglia was previously engaged to an actress Jaimie Alexander in 2012. But their relationship didn’t last long as the couple separated just after a few months. Similarly, he also dated Alexis Bledel from 2002 to 2006.

Moreover, Ventimiglia was also in a relationship with Hayden Panettiere from 2008 to 2009. He further dated Isabella Brewster from 2009 to 2010.

The multiple award-winning actors, Ventimiglia has appeared in numbers of movies and television series. His dedication and hard work will surely lead to the growth of his net worth.