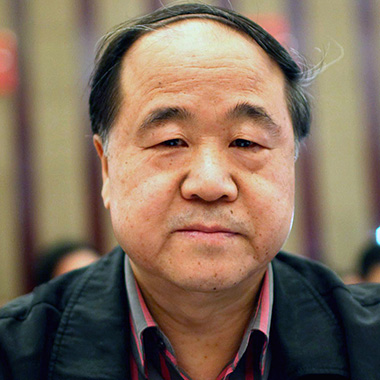 Mo Yan is the Nobel Prize-winning novelist born on February 17, 1955, as Guan Moye in Shandong province, China. One of his best books is Red Sorghum Clan published in 1987. He won Nobel Prize in 2012. Mo Yan is his pen name which means “Don’t Speak” in native Chinese. He believed that best way of speaking for a writer is to write. He later took the French citizenship.

Mo Yan’s novel are based on social conflicts and struggle of middle and lower class people. At the time of Cultural Revolution began in china he was 11 years old and worked as a farmer. He used to work in a cotton factory when he was 18. He published his first short novel “A Transparent Radish” in 1984, the same year he joined People’s Liberation Army Arts College. He used to translate the works of authors like Gabriel García Márquez and William Faulkner.

In 1984, he was honored with a literary award by PLA magazine and in 1991, he did his Master’s in Literature from Beijing Normal University.

Mo Yan’s first novel is “Falling Rain on a Spring Night” published in 1981 and his second novel “The Garlic Ballads” reflects the true story of the Naomi farmers. At the beginning of his career, he wrote dozens of novels and stories in Chinese. He enjoys writing with his hands because he believes typing and using computers weakens your vocabulary. Many of his works have been translated into English by Howard Goldblatt, who is the professor of literature at the University of Notre Dame.

In his novel, Red Sorghum Clan he covers the Resistance War against Japanese, Cultural Revolution and Communist revolution. “The Republic of Wine” is his satirical novel for use of alcohol. His another novel “Life and Death is Wearing Me Out” is a satire against communism. He completed this novel in a period of one and half month. This book won the Newman Prize for Chinese Literature.

Mo is influenced by the work of Gabriel García Márquez and Lu Xun. His novels contain magical and social realism. He, himself is a great fan of reading and supports the idea of reading. His book contains black humor, human greed, and social reality. His works are like a commentary on social reality. His writing method is unconventional and unique. His writings have differentiated between good and bad, living and dead and past and present. His other significant work is Big Breast and Wide Hip.

In 2012, he was honored with Nobel Prize in Literature for hallucinatory realism in Stockholm. Many intellectuals have described his writings as unique way tearing down stereotype and satirizing hypocrites. He was congratulated by the Chinese government because he was the first person to receive Nobel Prize who was born in mainland China but the Chinese writers criticized him because they believed Mo didn’t support Chinese writer. Secondary to that his good relation