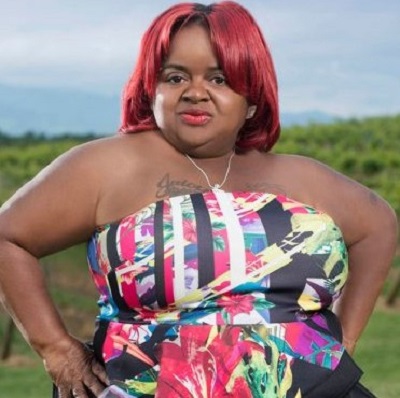 Ms. Juicy is an actress, radio, and TV personality, who is well known for being a long-time contributor to the “Rickey Smiley Morning Show”. Additionally, she also made a name for herself on Little Women: Atlanta and also his own clothing line.

Ms. Juicy currently seems to be single but she was previously married, woman.

Ms. Juicy was born as Shirlene King Pearson on 5th January 1972, in Corsicana, Texas. Her mother’s name is Shirley and has a sister named Tanya. She grew up in Corsicana, Texas with her sister then later she went to Atlanta, Georgia.

She enrolled the Navarro Jr. College and then she went to attend DeVry Institute of Technology and graduated with a degree in computer information from there.Ms. Juicy also studied Voice, Choir, Theatre Arts, Photography, Business, and Office Administration while in college. During her childhood, she was keenly interested in acting and she began her acting career at the age of 10.

Ms. Juicy Obstacles as a Dwarf

Juicy met obstacles as a short person, but her parents motivated her to turn a disability into lemonade. “I had good home training,” Juicy says. She recalls her mother giving her pep talks: “Don’t let nobody tell you [that] you can’t do it,” she said. “Let that be a stepping stone, not a stumbling block even if you don’t want to do it, do it anyway to prove them wrong.”

Ms. Juicy began making appearances doing public speaking, singing and acting at the age of 10. Ms. Juicy started her acting career with playwright, producer, Mr. Shelley Garrett; where she showed off her acting abilities in his stage plays: “You Gonna Make Me Love Somebody Else” and “Doing The Right Thing With The Wrong Man”.

Ms. Juicy also appeared as the Mayor in Fred Hammond’s movie “Christmas Who Needs It”. Ms. Juicy’s ability shined so much, it grounded her a leading role in the world-famous stage production “Beauty Shop”.

Since relocating to Atlanta, GA, Ms. Juicy has served on the set of Meet The Browns the sitcom and Tyler Perry’s movie “Madea’s Big Happy Family”. Playwright T.Y. Martin noticed her talent and abilities and suggested her a member in his production “Lord Why Me.” Not only did Ms.

Juicy show up and show out, but he dared her to take on dual roles. Ms. Juicy appeared in Season 1, 2, & 3 of The Rickey Smiley Show the sitcom. Ms. Ms. Juicy can be seen acting on Sundance TV’s Hap & Leonard Season 2.

Juicy is currently working as a radio personality on the nationally syndicated radio show “The Rickey Smiley Morning Show”. In which she has been a member of for over 8 years, as well as a cast match on TV One’s Rickey Smiley For Real, and Lifetime’s Little Women: Atlanta, currently airing Season 3 every Wednesday at 9/8c.

Ms. Juicy started her own successful clothing line which incorporates her brand trade-mark and one-liners. She most recently launched her own bobbleheads where you can catch her signature phrases and quick one-liners.

Besides that, she is also involving in the community. Every year, Ms. Juicy has a Back 2 School event for children ages 3-18 called “Shortys Run The Runway”. This event is created to support, stimulate, build up self-esteem, and get the children prepared up and started about the upcoming school year.

This all-encompassing event invites guests with LIVE kid-friendly performances by some of the today’s hottest artists as well as a preview of the latest kid’s trends. It also offers a 2,000 back to school stock give-a-way and clothes drive.

Ms. Juicy currently reached 45 years old and her amazing talent has been attracting a lot of people. Her fans are very curious to know about her personal life whether she is married or dating anyone or not.

Well, she is currently single but she was previously married to an average-sized man. After living together around 15 years the two divorced. Opening some flash of lights about her ex-husband she has not revealed any information regarding him.

It seems like she loves to keep her personal profile low. Shirlene Pearson got her nickname MS Juicy from her tattoo which says “Juicy Enuff

With a broad range of skill, Ms. Juicy is an excellent commodity in the entertainment industry. You can definitely say that Ms. Juicy is a little lady with multiple talents. She has accomplished many honors and awards for her great performances in various shows. Juicy has featured in several movies, TV series, and also worked as a host in a radio station through which she obtains a good amount of money.

Moreover, Ms. Juicy has also owned a clothing line store through which she obtains a good amount of revenue. Allocating information from several sources as of 2018 it is found out that Ms. Juicy current estimated net worth is around $1 million.