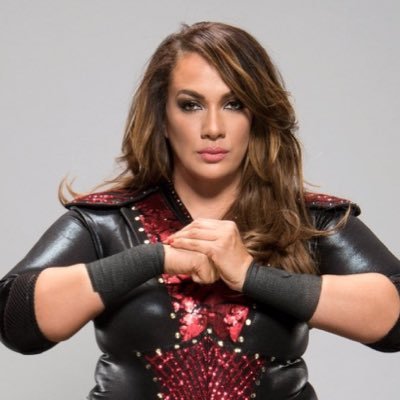 An Australian born American, Savelina Fanene best known by her ring name Nia Jax is a plus-size model, bodybuilder, and professional wrestler. She is a former WWE Raw Women’s Champion.

As of 2019, Nia enjoys an impressive net worth of $3 million. Further, her annual salary is expected to be somewhere between $45,000-$120,000 per year. In addition, she is living a happy life with her boyfriend Josh Woods, a professional wrestler.

If you want to know more about this hot wrestler, Nia Jax, stay tuned with us! Know more about her net worth, earnings, affairs, boyfriends, personal life, early life, career, and other interesting facts.

Do you know how rich is Nia Jax as of 2019? As per sources, it has been estimated that Nia currently enjoys an impressive net worth of $3 million.

Jax has won several matches and tournaments through which she obtains a good sum of money. Moreover, she also receives a good sum of money from several fashion lines and brands as an endorsement. As of 2019, her annual salary is estimated to be somewhere between $45,000-$120,000.

You don’t want to miss: MMA fighter and actress Ronda Rousey Net worth and Salary!

Like her professional career, Jax’s car collection is also large and fine. She owns some of the expensive cars and houses. No doubt, she has a wonderful life!

For the information, Dwayne Johnson is a relative of Nia Jax, and we all know that Johnson is currently listed as the highest earning Hollywood celebrities. As of 2019, he has an estimated net worth of $125 million.

According to her social profile, Nia Jax is not yet married but is in a romantic relationship with Josh Woods, a professional wrestler. The detail information regarding their personal life is very little. However, it seems that the couple is quite happy together.

We hope Nia Jax and her boyfriend will marry soon in the near future. A fan of wrestling since her childhood, Fanene decided to pursue a career in wrestling after watching Johnson perform at WrestleMania XXVII.

Nia Jax was born Savelina Fanene on May 29, 1984, in Sydney, Australia and was raised in Honolulu, Hawaii. Further, she has a Samoan and German descent. Her parents Joseph and Renate Fanene later moved to San Diego, California, where she attended Palomar College in San Marcos, California.

During her school days, she used to play college basketball. She has also done modeling and bodybuilding in California.

Jax began her WWE career after she was signed in early 2014. In her first match, she teamed up with Devin Taylor and fought Bayley and Carmella in a tag team match. Later in August, she changed her ring to Nia Jax.

After a series of introductory all through September, Jax made her debut single match against Evie on the October 14 episode of NXT, where she won. Following, Jax went on a winning streak, defeating various enhancement talents and NXT Diva Carmella, setting up herself as a villainess.

In November, Jax formed a partnership with Eva Marie and started her first feud with Bayley over the NXT Women’s Championship.

Jax came back to the ring after a month of inactivity due to storyline damage, with a win over Liv Morgan on 27th January 2016, an episode of NXT. On the May 25 episode of NXT, Jax won a triple threat match over Alexa Bliss and Carmella to end up noticeably the main contender to Asuka’s NXT Women’s Championship.

Jax got her title game on June 8 at NXT TakeOver: The End, but was unsuccessful in retaining the title belt. On the 20th July episode of NXT, Jax wrestles with Bayley, where Jax lost, and that became her last match in NXT.

Subsequent to being drafted from NXT to the Raw brand as a significant aspect of the 2016 WWE draft which occurred on July 19, Jax made her main roster debut for the brand on July 25, where she defeated local contender Britt Baker and went ahead to begin another streak by beating many others.

On September 5, Jax had a backstage encounter with Alicia Fox, resulting in a match between them on September 12. The match ended in a no contest after Jax performed a spear on Fox through the ringside barricade. On September 25, Jax defeated Fox using pinfall at the Clash of Champions pre-show.

You may like: John Cena’s Ex-wife Elizabeth Huberdeau Personal Life, Know who is she dating currently!

On the October 31 episode of Raw, Jax would defeat Bayley in singles rivalry after being declared as the member of the Raw Women’s team at the Survivor Series pay-per-view event.

At the event on November 20, Jax wiped out through submission by Becky Lynch, but Team Raw would wind up defeating Team SmackDown in 5-on-5 Survivor Series elimination match.

On 19 December, Jax beat an injured Sasha Banks in the storyline, which would prompt to Banks diverting and costing Jax during her number one contender’s match against Bayley on January 2, 2017, an episode of Raw; this would drive to a match between the two at the Royal Rumble pre-show on 29 January, where Jax was victorious.

On January 27, 2019, at the Royal Rumble event, Jax competed in the women’s Royal Rumble match. The following night on Raw, Jax and Tamina defeated Alexa Bliss and Mickie James to qualify for the newly-created WWE Women’s Tag Team Championship Elimination Chamber match at the namesake pay-per-view.

On 2nd August 2014, Jax and her aunt, Ata Maivia-Johnson (mother of Dwayne Johnson), were hit head-on in the latter’s Cadillac Escalade car by a drunk driver as they were heading home from a charity event in Clermont, Florida.

Fanene and Maivia-Johnson were hospitalized immediately with injuries after the incident. The other driver involved was subsequently charged with driving under the influence.

Here are some interesting facts about this talented wrestler Known by her stage name as Nia Jax!