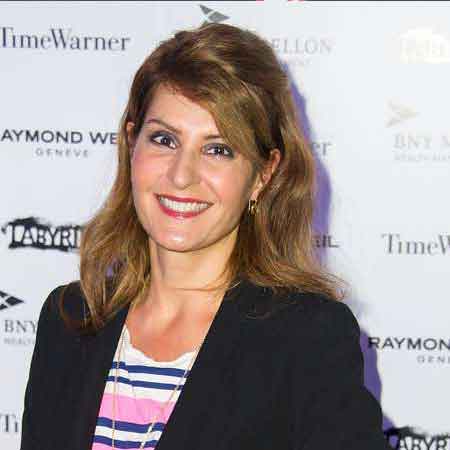 Nia Vardalos is a Canadian-American actress, screenwriter, and producer. Vardalos was married to an American actor Ian Gomez. The couple has an adopted daughter named Ilaria Gomez.

It was announced that Vardolas filed for a divorce with her husband Ian Gomez on 3rd July 2018, citing irreconcilable differences. Vardalos is better known for her portrayal role of  Toula Portokalos in the movie My Big Fat Greek Wedding.

Nia Vardalos was born as Antonia Eugenia Vardalos on 24th September 1962, in Winnipeg, Canada. Her father Constantine Vardalos is a land developer and mother Doreen Christakis, a bookkeeper and homemaker.

Vardalos belongs to a Canadian-American nationality. Vardalos attended the St. George School and later joined Shaftesbury High School. She completed her graduation from the Ryerson University in Toronto.

Nia Vardalos began her acting career in 1996 playing the small role in the movie No Experience Necessary. Her breakthrough came after she portrayed the role of Toula Portokalos in the movie My Big Fat Greek Wedding.

Moreover, Vardalos further starred in popular series such as Team Knight Rider, Marry Me etc. She has worked alongside Tom Hanks, Alex Wolff, Jayne Eastwood, and others.

Nia Vardalos was married to American actor Ian Gomez. Vardolas and her husband Ian tied the knot on 5th September 1993. In 2008, the husband and wife adopted a daughter named  Ilaria Gomez. The couple worked together in several movies.

But the things didn’t go well in between the couple. So, on 3rd July 2018, it was announced that Vardolas filed for a divorce from her husband Ian after around 23 years of their wedding. Well, Vardolas cited irreconcilable differences as the reason for their divorce.

However, Vardolas mentioned that she and her husband were separated almost a year back in 2017. Vardolas even listed the date as 29th June 2017, of their separation. Moreover, the couple even filed for joint legal and physical custody for the support of their daughter.

But later it was reported that neither Vardalos nor Gomez has to pay for spousal support. As the couple has filed for a divorce, it hasn’t been finalized yet. Besides this, Vardalos hasn’t dated any other guys. Moreover, there are no any records of her other relationships and affairs.

Allocating information from several sources as of 2018 it is found out that the current estimated net worth of Nia Vardalos is around $10 million. Vardalos earns a fortunate amount of money from her acting career. She further adds money from her producing and screenwriting career.

Vardalos is living a lavish and luxurious life. Vardalos shares adorable photos on her Instagram flaunting expensive dresses and jewelry.