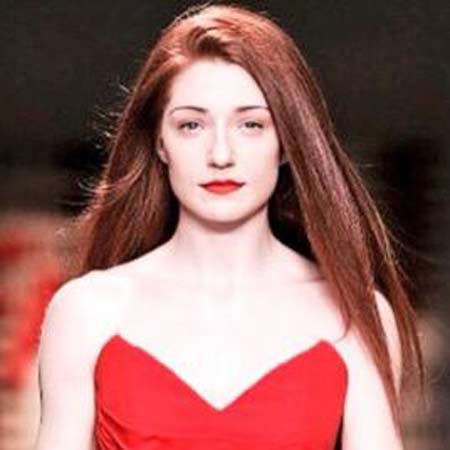 Nicola Maria Roberts, better known as Nicola Roberts is a British singer. She is also an actress, fashion designer, TV presenter, who rose to fame after she won the title in the famous British Television Talent show, Popstars: The Rivals.

This beautiful lady was previously in a love relationship with Carl Davies and has been dating celebrity in her lifetime.

Born on 5th October 1985, Nicola Maria Roberts aka Nicola Roberts was raised by middle-class British parents in the city of Stamford, Lincolnshire. When she was born, her mother was just 17, and her father used to work for the Royal Air Force (RFA).

Later, he joined Ford Motor Company, and her mother worked as a photographer to uplift their family.

She attended General Certificate of Secondary Education (GCSE) where she found herself a shy person. Soon, she develops her interest in singing and her family were very supportive of her and became the part of the girl band, The 5 Musketeers.

Nicola Robert began her professional career after she auditioned for the reality television series, Popstars: The Rivals, which was judged by Louis Walsh, Geri Halliwell, and Pete Waterman.

In the final top ten selection, she got eliminated from the competition, but it was her luck who got an opportunity to come back as a wildcard entry. She returned with extra confident and made her journey to the finale where she gave her best with the title I’m So Excited of The Pointer Sisters.

After she won the title, she got selected in the group, Girls Aloud, as she was the second contestant to be selected for the group after Cheryl Tweedy. Their first debut music video was Sound of the Underground, in 2003.

The competition was still ongoing between the two groups Girls Aloud and One True Voice, which was later won by her team after their single topped the UK Singles Chart and gained a record deal from Polydor Records.

Together the group enjoyed much more success including two entries into the Guinness Book of World Records with the title the Most Successful Reality Television group and Most Consecutive Top Ten Entries Female group in the UK. Not only this, but they also won five BRIT Award nominations and Best British Single in 2009.

One after another, they released their album, What Will the Neighbours Say? in 2004, Chemistry in 2005, Tangled Up in 2007 and Out of Control Tour in 2009 which reached number one in the UK.

YouTube: Girs Aloud tour with their number popular song, Out of Control.

After the success with the Girls Aloud, Nicola Roberts released her own debut single Cinderella’s Eyes and worked with the producers such as Dragonette, Diplo, and Joseph Mount.

Besides her singing, she also got an opportunity to co-host the Styled To Rock for Sky Living HD, in January 2012. Not only this, she guests judged the show like Britain’s Next Top Model and Styled to Rock and even reformed the band, Girls Aloud and toured on Ten-The Hits Tour 2013.

This singing star, Nicola Roberts have been dating different celebs in her lifetime. As per the sources, she dated Carl Egerton from 2001-2006, then a year later, she was linked with Carl Davies, but couldn’t take it too far and end their relationship after dating a year in 2008. Next, she has been in a relationship with Carlie Fennell from 2008 to 2014.

After several unsuccessful love relationship, Nicola Roberts is still searching for her Mr. Perfect. She might be probably dating someone secretly but did not reveal the news to the media and her followers.

Nicola Robert is one of the highest paid British singer listed by People With Money magazine. Allocating information from several sources as of 2018, it is found out that Nicola Roberts current estimated net worth is around $145 million, which she earned from acting, singing and presenting the TV shows.

Besides this, she owes a fortune to small stock investment, endorsement with CoverGirl cosmetics. Also, she owns several restaurants named, Fat Roberts Burger chain in London, Football team named Stamford Angels and has launched her own brand of vodka, Pure Wonder Roberts-England. She also has a fashion line called Nicola Roberts Seduction.