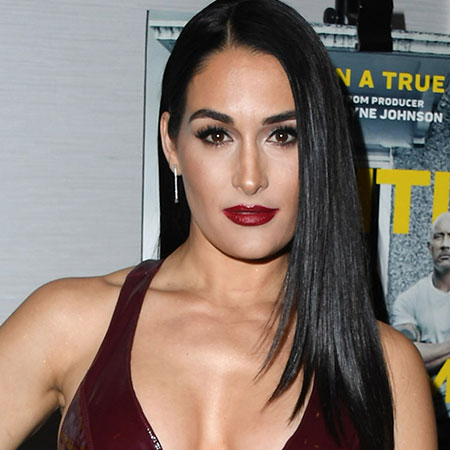 Nikki Bella is an American professional wrestler who is mainly known for her ring name Nikki Bella in WWE. She became WWE Divas Champion for two times.

Nikki was born on November 21, 1983, and was raised in Scottsdale, Arizona. Her full name is Stephanie Nicole Garcia-Colace. While she was in her college days she played soccer. She also did modelling and acting when she was in college. Nikki also appeared on the reality show Meet My Folks. She took part in International Body Doubles twins search in 2006. In the same year, she participated in WWE Diva Search but didn’t get selected.

On August 29, 2008, she and her sister Brie Bella debuted on their first match in WWE. They won the match. On November 21, the twins had their first official match as a team. They defeated Natalya and Victoria. For the next few months, they keep competing in tag team matches. In November the Bella sisters had screen relationship with Carlito and Primo known as The Colons.

The Colons and The Bella Twins were seen together in numerous backstage segments. On February 13, 2009, The Bellas were flirted by John Morrison and The Miz. John and The Miz had battled against Carlito and Primo and the bet was to go on a date with the Bellas on Valentine’s Day. During their date, Carlito and Primo disguised as a waitress which made the Bellas angry with them. The date made The Miz and John Morrison and The Colons rival.

On March 31, an episode of ECW, Nikki battled against Brie. Due to distraction caused by Morrison and The Miz, Nikki defeated Brie. On April 27, an episode of raw, Brie battled in an eight-Diva tag team match in which her team won. Nikki reunited with her sister and helped her sister Brie during her match. On May 18 episode of Raw, she made her official ring debut in a battle royal. Unfortunately, she was defeated by Beth Phoenix. The Bella Twins were traded to ECW brand on June 29, 2009.

On June 30, 2009, the Bellas appeared as the special guest on The Abraham Washington Show. On ECW she Nikki defeated Katie Lea Burchill. The Bellas were sent back to Raw on October 12, 2009. On January 4, 2010, she battled to win the Divas Champion tournament match but she lost to Maryse. She became the special guest referee during the mixed tag team with Primo and Hall facing Gail Kim and Yoshi Tatsu on July 8 episode of Superstars. On March 11, 2013, the Bellas returned to WWE episode of Raw. On March 22 episode of Smackdown, The Bella Twins battled against Brodus Clay and Tensai but Cameron and Naomi attacked The Bella Twins.

Nikki Bella dated a fellow professional wrestler, John Felix Anthony Cena Jr. (John Cena). In May 2014, she revealed that she got married to her high school boyfriend. She got married when she was 20 years old.