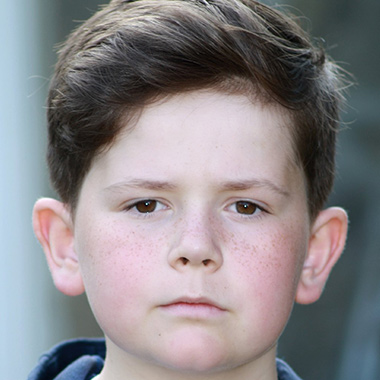 Oaklee Pendergast is a famous child actor who was born in United Kingdom. He is the actor known for the movies like The Impossible which was released in 2012. He also have a role in movies like The Woman in Black 2: Angel of Death in 2014 and also Wer in 2013. Oaklee have played in an award winning movie The Impossible which was directed by Juan Antonio Bayona and Sergio G. Sanchez wrote it.

Impossible is an English language Spanish drama film. The story is based on Maria Belon and her family experience in 2004 Indian Ocean tsunami. Along with him the cast also includes Naomi Watts, Tom Holland and Ewan McGregor. This film got many positive compliments about its direction and acting from people. The movie was nominated for many awards like Golden Globe Award, Screen Actors Guild Award and also for Academy Award. Oaklee portrayed the role of 5 year old son Simon Bennett of parents Ewan McGregor as Henry Bennett and Maria Bennett as Naomi Watts. In this movie the family goes for a Christmas holiday to Khao Lak, Thailand. While they were celebrating their holiday there comes a tsunami in the area and all separates. In this they all separates because of tsunami but the two brothers survives together. During the tsunami there father Henry becomes injured. The movie collected $180,274,123 and the budget was $45 million.

Oaklee have also played a role in a British horror movie The Woman in Black 2: Angel of Death. The movie was directed by tom Harper and was written by Jon Croker. The movie from a story by Susan Hill. This movie is the sequel of The Woman in Black which was produced by Entertainment One and hammer Film Productions. In this movie he have played as a character Edward. He acted as a mute boy after both of his parents died in a bombing shortly before they left London. In the movie he used to be bullied by other two children’s and he used to lock himself in nursery. In nursery he sees Woman in Black and after that Phoebe Fox as Eve Parkins feels something is wrong as Edward cried constantly around a rotten doll. This movie holds a rating of 24% based on other 45 reviews with average rating of 4.7 out of 10.

On November 16 2013 he was again found playing an American horror movie Wer. This movie was directed by William Brent Bell and was written by Matthew Peterman and William Brent Bell himself. This movie was released in Japan and was also released to VOD in August 2014 in United States. Oaklee portrayed a character of Peter Porter in the movie. The movie stares the stars A.J. Cook, Simon Quarterman, Vik Sahay, Brett Detar, Sebastian Roche and Brian Scott O’Connor. This movie is about A.J. Cook as Kate Moore who is a defense attorney. He discovers that her client is a werewolf. In 2012, he was awarded with Special Merit Award at St. Louis Film Critics Association, United States for the movie Lo impossible.

Oaklee was nominated for the Most Cinematic Moment Award at Online Film & Television Association and best Performance at Young Artist Awards in 2013 for movie Lo impossible. Oaklee is a very sweet and innocent looking boy.