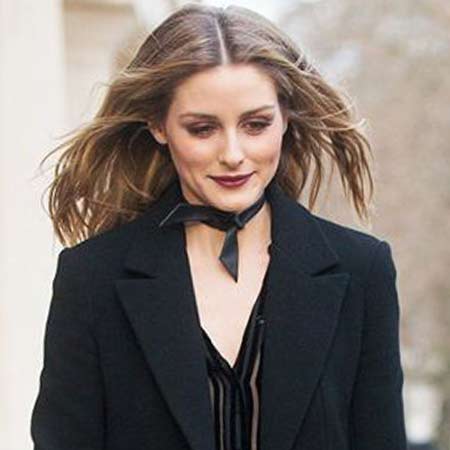 Olivia Palermo is an American model, actress, and socialite best recognized for her work in the spin-off series of The Hills entitled The City. The series is about the working women residing in New York City originally focusing adventures of Whitney Port.

Palermo has been happily married to husband Johannes Huebl for four years now. The couple, both being the model shares the same passion towards their work.

Olivia Palermo was born on 28th February 1986 to Douglas Palermo and Lynn Hutchings. She was born and brought up in Greenwich Connecticut. Her father is a real estate developer while her mother is an interior designer.

Palermo joined the entertainment industry debuting in the reality television series The City aired in MTV in 2008. She also served in the PR department for Diane Von Furstenberg and accessories department for Elle magazine as a part of the show. She later shifted to Wilhelmina Models in 2009.

In 2010, Olivia started reporting for Elle.com in the second and final season of The City returned. As a model, she featured on the cover of magazines such as Elle Mexico, Tatler, ASOS Magazine, Shop Til You Drop and Marie Claire. Furthermore, she modeled for the campaigns by Mango and Hogan.

Palermo along with her friend Roberta Freymann founded a co-brand, limited jewelry collection becoming the face of the Mediterraneo collection by Spanish jewelry brand Carrera y Carrera. She soon was announced the best dressed New Yorker on Page Six by the New York Post.

In 2011, she was called to design a shoe for charity by Stuart Weitzman. She then served as a guest editor for Piperlime.com. She made her appearance as a guest judge on Project Runway season 9 and Britain and Ireland’s Next Top Model. She also has her own website containing a blog about her travels and fashion pieces.

In 2013 Olivia became the brand ambassador of Massai Project for Pikolinos. She was named the brand’s first Women’s Global Style Ambassador by American clothing and accessories retailer Banana Republic in September 2016.

Palermo met the love of her life aka her other half in 2008 through a mutual friend at a movie screening. Johannes Huebl, her husband is a German-born model and a photographer. The duo started having an affair soon after their first impression with each other.

They got engaged in the early month of 2014. After six and a half year relationship the couple silently tied the knot on 21st June 2014 and promise to become a loyal husband and wife. The couple shared their vows with limited quest including closest family members and friends.

As a socialite and a model, Olivia earns a lucrative amount of money from her career. She was given $12,000 per episode of the series of The City. She has also made an investment in several fashion brands through which she

Moreover, Olivia Palermo is also a model. She has done modeling for several reputed brands and fashion wears through which she obtains a good sum of money. Additionally, she also receives a good amount of money from several fashion lines and brands as an endorsement.

There is no doubt she is making a good amount of money in her career. Allocating information from several sources as of 2018 it is found out that her current net worth is estimated to be around $10 million.

Not only that, Palermo earns some as a brand ambassador for different projects. She also owns a car like BMW. She has well maintained her lifestyle and is living lavishly along with her family.