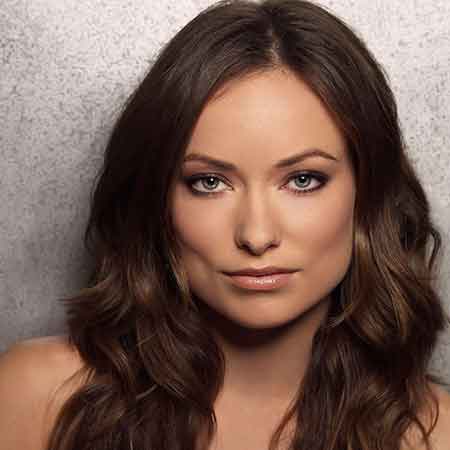 Olivia Wilde is an American actress, model, producer, director, and activist. Wilde was previously married to an Italian filmmaker and musician Tao Ruspoli but later divorced.

Wilde is currently living with her partner Jason Sudeikis and has two children from their relationship. Wilde got engaged to her boyfriend Jason in January 2013.

Wilde grew up along with her brother Charlie Philip Cockburn and sister Chloe Frances Cockburn. Wilde attended Georgetown Day School, in Washington, D.C. In 2002, she graduated from the Phillips Academy, in Andover, Massachusetts. Wilde further attended Gaiety School of Acting in Dublin, Ireland.

Olivia Wilde began her acting career in 2003 through the series Skin. After that, she starred in series including The O.C., House etc. Similarly, Wilde made her movie debut through The Girl Next Door in 2004.

Her other notable movie roles are in The Next Three Days, Tron: Legacy etc. Most recently in 2018, Wilde starred in the movies including A Vigilante and Life Itself. In 2019, she will be starring in the movie Booksmart.

Olivia Wilde was previously married to an Italian filmmaker and musician, Tao Ruspoli. Wilde and her ex-husband Tao exchanged their vows on 7th June 2003. At the time of their wedding, Wilde was just 19 years old and the wedding was a secret.

However, the couple announced their separation on 8th February 2011. They filed for divorce on 3rd March 2011 citing irreconcilable differences. Well, their divorce was finalized on 9th September 2011.

After her divorce, Wilde began dating an actor, comedian, and screenwriter Jason Sudeikis in November 2011. Wilde and her partner Jason got engaged in January 2013. The pair is blessed with two children from their relationship.

They welcomed their son Otis Alexander Sudeikis on 20th April 2014. Similarly, Wilde gave birth to their daughter Daisy Josephine Sudeikis on 11th October 2016. Wilde is living happily with her husband and kids without facing any rumors of a separation.

Wilde often shares photos of her husband and children on her Instagram. Besides this, Wilde was rumored to be in a relationship with Bradley Cooper in 2011. The same year, she was further rumored to be hooked up with Justin Timberlake and Ryan Gosling.

Allocating information from several sources as of 2018, it is found out that Olivia Wilde has a current estimated net worth of $20 million. Her main source of income is through her acting career. She further adds money from her modeling, producing and directing career.

So far, Wilde has starred as well as produced and directed numbers of movies and television series. Analyzing her hard work and dedication, Wilde’s net worth is sure to be increased in the coming days.