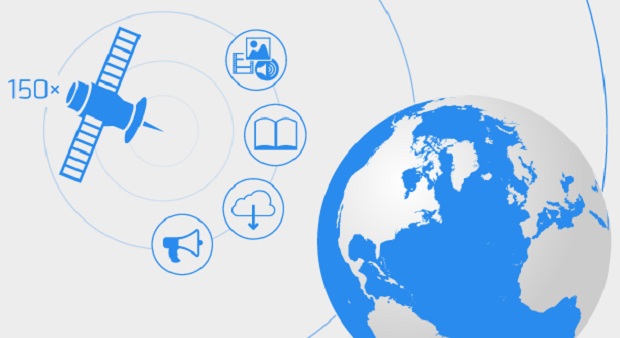 As everybody does when describing about Outernet, first I want to mention the quote by Nils Muller, founder and CEO of Trendone. He says “The internet will explode into the real world”. Thinking about it, you may wonder what it actually means. But if you think more and more the concept of outernet is really the internet exploding into the real world or World Wide Web gone wild. As Wikipedia writes,

“The outernet is global networking project currently under development by Media Development investment funds (MDIF), a USA based nonprofit organization established in 1995 by Sasa Vucinic and Stuart Auerbach. The Outernet’s goal is to provide free access to internet data through Wi-Fi, made available effectively to all parts of the world.”

I think it the idea of the internet is to revolutionize monopolized digital market of now where only 40 percent of the global population is only getting access to the Outernet in spite of a number of computing device is more than the global population by giving people unrestricted free internet access for free or at low cost through some intelligent companies with the help of different devices. This next digital revolution will fulfill people’s dreams to make free access to the internet as the basic human right as people are being closer to materials like mobile, laptops, i-pads, and so on. By the use of datacasting technologies, Digital Video Broadcasting, Digital Radio Mondiale, and User datagram protocols with more than hundreds of a low-cost miniaturized type of satellite known as CubeSats placed in low earth orbit, outernet simply doesn’t have to follow censorship and even can ensure people with their privacy as its implementation is based on the modern version of shortwave radio. That means we may be able to get internet access and access to web information or other information’s even if we are in some poor village without proper internet infrastructure just by other tools like mobile, a simple antenna, and existing satellite dishes.

Therefore the organization will be providing people with a basic level of news, information, education, and entertainment for free or at low cost. But for now, the internet as it’s a huge project in which long term goal will be enabling two-way internet access for everyone for free, its full implementation will take a lot of time. Therefore, the non-profit organization is trying to go for one way internet access at first which means, they will be providing us with important information via a global network at first. Not only these people from all over the world will participate in creating the information priority list and what content to broadcast also by SMS or through phone apps, so that people don’t get missed out in this amazing project for just not having internet access. This means after the implementation of outernet, a large number of content from a large number of users will be in practice. The effect of this will be interesting, even the search engine types we have now will change to intelligently created search engines created by users worldwide where any information’s can be publicly viewed or accessed and where people will be providing information according to their will with nobody to totally control the information they provide or receive for free. The basic idea is that wifi-enabled devices would communicate with these satellites in their respective region which in turn will communicate with other satellites and ground-based networks, finally completing the idea of creating a global network.

These satellites will even provide information to internet devices, other satellites, and ground-based networks ultimately creating a global network. This idea is to make a system that can circulate huge information infinitely until the next information is sent so that the cost and accessibility will no longer be an issue in the digital world. They are planning to send the satellite prototype in 2014, finally sending all the satellites by 2015. According to the MDIF, people will initially be able to access information on international and local news, crop price for farmers, Teachers without borders, emergency communication such as disaster relief, and content such as Ubuntu, Wikipedia, movies, music, games, and many more on its completion. It is planning to broadcast its service in June of 2015 and I am here living in a small part of Asia where the internet is taken as an optional need-based service, counting days on my fingers for the internet to go wild and hoping it will fulfill dreams of many people and overcome all the challenges coming forward in coming days.