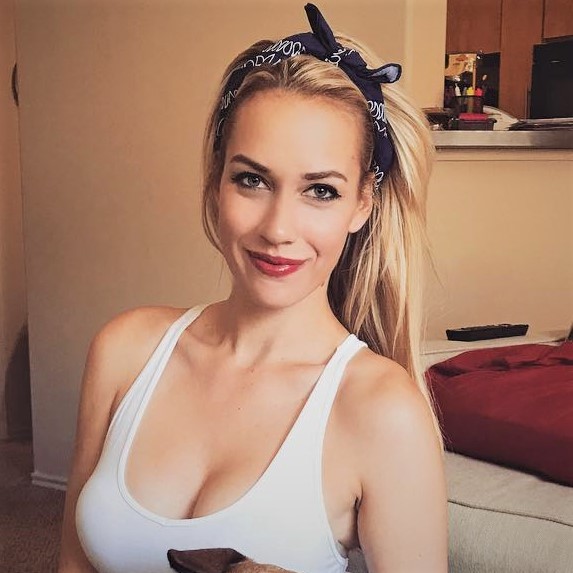 Paige Spiranac is an American Professional golfer, fitness model, and social media star who parlayed her extensive online following into a controversial invitation to the Omega Dubai Ladies Masters in 2015. Subsequent to receiving a sponsor’s exemption to play in the tournament, she finished 101st out of 107 players.

Paige Spiranac was born to Dan and Annette Spiranac on March 26, 1993. She and her sister, Lexie Spiranac, born and spend their childhood in Wheat Ridge, Colorado, United States. 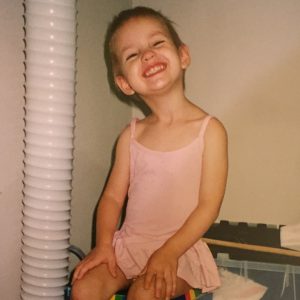 Growing in up Scottsdale, Arizona, Spiranac studied on the Mesa Distance Learning Program, a program initially established for those students in Arizona who could not attend a local high school. After high school, she entered the University of Arizona.

Paige, who was a former competitive gymnast spent time at the Karolyi Ranch in Huntsville, Texas, where the U.S. team used to train. Her mother was a professional ballet dancer while her father, Dan played free safety on the University of Pittsburgh’s national championship team in 1976.

She began playing golf as a child and qualified for the Junior PGA Championship on four occasions and was a three-time U.S. Girls’ Junior Amateur participant. Also, Paige competed as a member of the Junior America’s Cup and the Colorado Junior All-Star teams.

Paige Spiranac majored communications at The Diego University from 2011 to 2015; where she was the captain of the women’s golf team as well as a member of the Student-Athlete Advisory Committee. She played various golf events throughout her university years, and even the golf team win the Mountain West Conference Golf Championship.

Spiranac, who had shown great devotion and dedication towards sport made a name for herself when her college golf team’s trick shots video turned viral and amassed over 1.5 million views on YouTube.

In 2015, Sportsgrid named her “The Hottest Female Athlete.” Her Instagram followers immensely increased over the year since she graduated from University, which now stands at over 1.1 million followers (as of July 2017)

In 2015, she received some criticism at the Omega Dubai Ladies Masters event in her professional debut. Stating that she was only selected due to her social/internet popularity. She only made 101st in a 107-player field. Paige expressed after the event that she was going to re-evaluate her golf career.

In December 2016, she took part in The 11th Dubai Ladies Masters on the Majlis Course at the Emirates Golf Club. At a press conference, she broke down and uncovered her experience of cyberbullying after her poor performance in the same tournament, the previous year.

A sexy, athletic, smart, nerd has an impeccable body shape and size which resembles an hourglass. Comparatively, her bosoms, midsections, and hips are 36-23.5-35. Paige Spiranac is not yet married and possibly single. However, some source states she is engaged to Tinoco in December 2016 over a trip to Dubai. Her fiancée Tinoco confirmed via Instagram video, where Spiranac was happily announcing her engagement news and showing her gorgeous ring.

Despite their engagement, the two have not planned to get married soon. In accordance to her official website, she is more of an online influencer who’s on a mission to show the world how much fun golf can be.

Spiranac’s net worth is estimated to be $6 million and is as always active in the game and travels the world playing competitive golf as well as collaborating with companies such as Descente, Callaway, Golf Digest, and Topgolf.