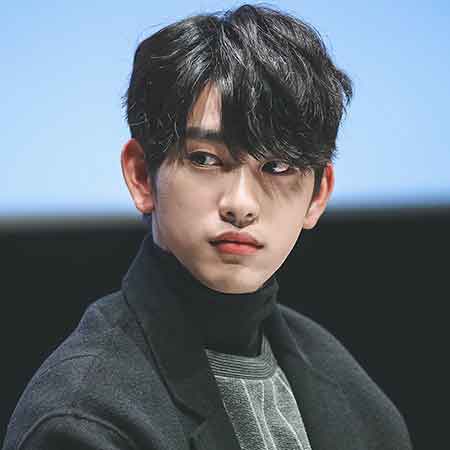 The 2016 SBS Hot Star award winner, Park Jin-young is a South-Korean singer, producer, songwriter, and reality show Judge. Best known by the stage name The Asiansoul and J. Y. Park-JYP. He is the founder and CEO of JYP Entertainment.

As of 2019, this famous South Korean singer Park has an estimated net worth of $2 million. In addition, his company JYP Entertainment is one of the most profitable agencies in South Korea.

However, his personal life is quite distressful. Want to know how was his married life? Know about his affairs, ex-wife, children, parents, net worth, career, singing, and other interesting facts!

Park Jin-Young Net Worth, Income, Earning, Salary as of 2019!

One of the famous and profitable stars of South Korea, the 47-year-old, Park Jin-Young has an estimated net worth of $2 million (USD), as of 2019. Do you know his net worth was around $1.1 million (USD) from royalties alone in 2012?

In 2001, Park decided to devote his time to production and management of artists under the umbrella of JYP, which Park founded in 1999.

However, he owns a Luxurious SUV that has a market price higher than $100,000 (USD) in South Korea. Further, he spends his life lavishly, often visiting exotic places for vacations. No doubt, his business will grow internationally, as Young is still active in the entertainment industry.

Notable as well, Park won many awards for his production work in his native Korea.

The Successful businessman, Park Jin-Young has been married twice. At 28, he was married to Seo Yoon-Jeong in 1999. Their marriage was going well initially, but later they divorced in 2009.

Having Spent 10 years together with his ex-wife, Park eventually found the right person. As per reports, he married a woman nine years younger than him. The detail information regarding the wedding is confidential till date. However, it is known that the wedding ceremony took place on October 10, 2013, in a simple manner.

As a loving spouse, Park hasn’t disclosed the name or identity of his wife because of her desire to remain anonymous.

After 5 years marriage, Park and his wife welcomed their first child; a baby daughter on January 25, 2019.

Park Jin-Young was born on December 13, 1971, in Seoul, South Korea under the zodiac sign of Sagittarius. His mother’s name is Yoon Im-Ja and father is Park Myung-noh. A South Korean by nationality, he belongs to the Asian ethnic group.

He went to Baemyung High School for his high school certificate and went to Yonsei University where he earned his undergraduate certificate in Geology in 1996.

Park is the first Korean artist to have a successful career in the US. He has produced music for Cassie, Mase, and Will Smith. He has also worked with the legendary Jackie Chan for the relief fund for victims if Chinese earthquake, the project is titled I Love Asia.

Park produced the song Smile Again for the project. He was successful in collaborating with various Korean Artist for the song. The song went to become a hit.

Park also is the first Korean to rank on the Billboard Hot 100 in 2009 Chart. His song Nobody with Wonder Girls reached at 76 number.

The year 2011 and 2012 proved to be very fruitful for Park. His song No Love No More and Someone Else; which was in collaboration with Brown Eyed Girls’ Gal In. The song was ranked number two on the Gaon Digital Chart and sold more than one million copies. On 28th April 2012, he released You’re the One which charted number 3 and sold over 1.5 million copies.

In 2015 Park out charted Miss A from the first position in the Korean Charts by his song Who’s Your Mama? Which featured Lucky J’s Jessi. In the same year Park also released his next song I’m So Sexy at the Infinite Challenge Yeongdong Expressway Music Festival.

In 2016, Ji-young released a song with Conan O’Brien, the song was released on Conan’s YouTube channel team coco.

Songwriter, Kim Sin-il filed a copyright-plagiarism lawsuit against Park for copying the music from her song, To My Man. The case was for 110 million won. The case reached to the Supreme Court of Korea where the verdict was given in support of Park.