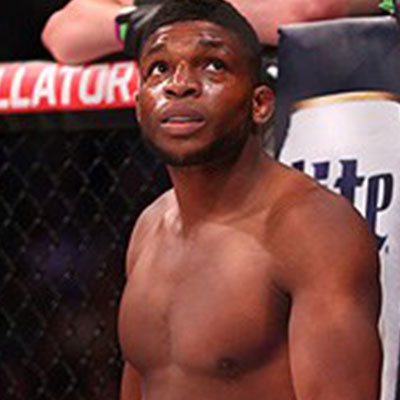 He is reportedly single and isn’t in a relationship with anyone. Paul has faced many legal issues over the years. He has been charged with counts of public battery for his fight at a bar in the UK.

Paul was born in Nottingham, England, the United Kingdom on 21st February 1983. He is born to his immigrants’ parents from the Caribbean.

Before committing himself to the MMA, he was an ex-British Army. He was a reconnaissance driver for the Household Cavalry. After his resignation from the army, he began to train for the MMA.

Paul Daley made his professional debut at a promotional Cage Rage in 2003. His win was against Jess Liaudin. After his first win, Daley fought for the Cage Warriors Welterweight Championship against Abdul Mohamed. The match was a draw.

Paul then fought veteran Paul Jenkins at Cage Rage 11 for the Cage Rage British Welterweight Championship which he won and their rematch was a draw.

Daley fought for his title twice and picking up a knockout win over Duane Ludwig in Strikeforce, he was again set to make his third title defense against Cage Rage World Welterweight Champion Mark Weir at Cage Rage 23. Daley won the second-round knockout, holding both titles.

He then joined Ultimate Fighting Championship for a four-fight deal and won his first fight. However, he couldn’t make his weight according to the contract clause and was eliminated from fighting and was fined additionally.

At the Welterweight contenders, he was banished for life after his first match for repeatedly hitting his opponent even after the bell was rung.

He later signed a multiple fight deals with the strikeforce. He won various fights at the Strikeforce and suffered losses too. He later requested to be released from the contract.

After Strikeforce, he went on to so several independent promotions and was signed by the Bellator MMA.

However, his contract with the Bellator was declined as he was facing several legal issues and was convicted of several crimes also.

Paul then returned to the BAMMA for a three-fight deal and won all of his fights.

Daley was then signed by the Bellator MMA on 21st July 2014. His recent match at Bellator was with Jon Fitch.

Paul has faced many legal issues over the years. He has been charged with counts of public battery for his fight at a bar in the UK. He pleaded guilty to one count of assault and two counts of obstructing an officer.

Regarding this issue, his visa for the USA was denied on several occasions and resulted in his releases from the Bellator.

Furthermore, he has also faced missing weight in several of his fights causing him to withdraw and break his contract. He has missed several fights due to this issue.

He is reportedly single and isn’t in a relationship with anyone.

According to the tapology.com, Paul’s career disclosed earning is $343,200 USD. However, his official Net worth hasn’t been disclosed yet.  He received a win of $50,000 USD after his win at the Bellator 170. He must have earned a decent sum of money from his titles and several wins in matches.

Despite his successful career, Paul admits that he hasn’t been able to earn a lot had to do jobs besides fighting to earn his living.